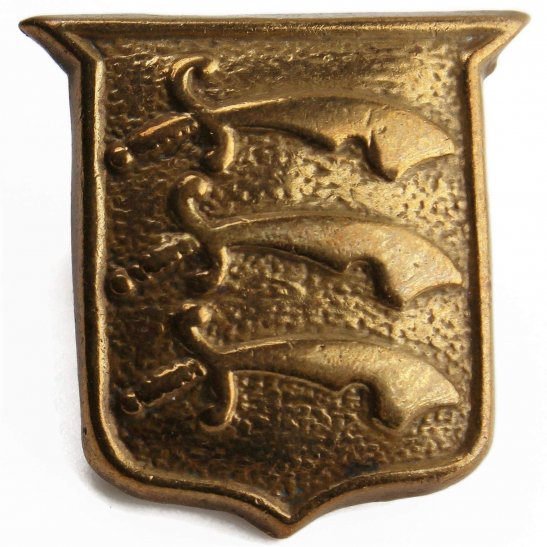 The Essex Regiment was an infantry unit of the British Army that saw active service from 1881 to 1958. During World War I, the Essex Regiment provided 30 infantry battalions to the British Army. The 1st Battalion took part in the first day of the Battle of the Somme on 1 July 1916. The battalion, which comprised W, X, Y, and Z companies, took up position in the British trenches at 3:30 am. At 8:40 am, the battalion received orders to advance and clear the German first-line trenches. It was delayed by heavy enemy fire and congestion in the communication trenches. The Newfoundland Regiment advancing to the left of the Essex battalion was almost entirely wiped out as it advanced towards the German lines. At 10:50 am, the Essex companies were in position and received orders to go "over the top". The companies came under heavy artillery and machine gun fire almost as soon as they appeared over the parapet, causing heavy losses. The attack became bogged down in no man's land. The battalion received orders from 88th Brigade headquarters to recommence the attack at 12:30 pm, but at 12:20 pm the battalion commander advised brigade HQ that "owing to casualties and disorganisation", it was impossible to renew the attack. The survivors of the battalion received orders to hold their position along the line of 'Mary Redan' - 'New Trench' - 'Regent Street'. In WW2, of the Regulars, the 1st Battalion served in British and Indian Infantry Brigades in Sudan, Egypt, Libya, Syria and Burma.

The battalion served in the 23rd Infantry Brigade for a few months at the beginning of the war. Rejoining in October 1941, it remained with the brigade until mid-1945, when it joined the 29th Infantry Brigade. It served in Tobruk, then in the campaign in Syria, before moving to India with 70 Infantry Division, which became the core of the Special Force. The brigade's role changed to Long Range Penetration in September 1943; the 1st Battalion formed 44 and 56 Columns of the Chindits and operated in the Japanese rear during the battles of Imphal and Kohima. The battalion had the rare achievement of fighting against the Italians, Germans, French and Japanese. The 2nd Battalion was part of the independent 56th Infantry Brigade. This brigade was landed on Gold Beach on D-Day from roughly 1.00 pm and immediately set off inland. Taking part in the battle of Le Havre, elements of the regiment discovered the German payroll for the Le Havre garrison in the basement of the hospital.