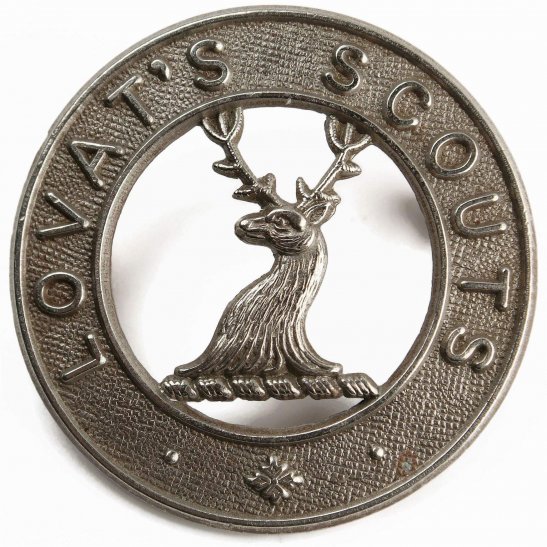 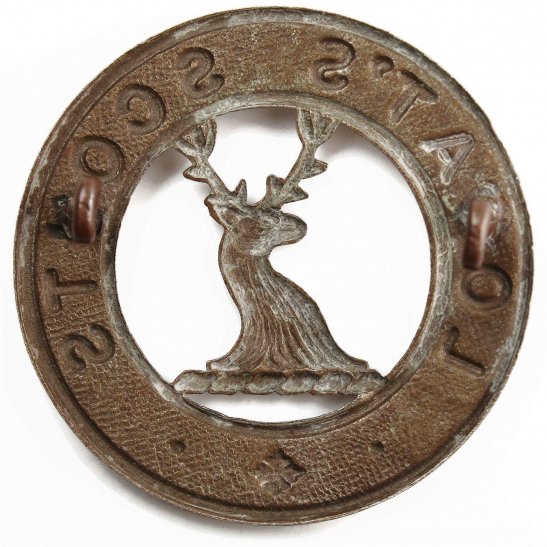 The Lovat Scouts (from 1903 to 1908 Lovat's Scouts Imperial Yeomanry) were a British Army unit first formed during the Second Boer War as a Scottish Highland yeomanry regiment of the British Army. They were the first known military unit to wear a ghillie suit and in 1916 formally became the British Army's first sniper unit, then known as "sharpshooters". The two Lovat Scouts Regiments saw extensive involvement in the First World War, firstly part of the Highland Mounted Brigade. The Lovat Scouts saw service on the Western Front, at Gallipoli, and in Egypt and Macedonia. In Macedonia in December 1916 the 1/1st and 1/2nd regiments were merged, dismounted and along with a company from the 1/3rd regiment The Scottish Horse formed 10th (Lovat Scouts) Battalion, Queen's Own Cameron Highlanders. It retained the uniform of the Lovat Scouts until disbanded in 1919. The 2nd Line regiments were formed in 1914 and in January 1915 joined the 2/1st Highland Mounted Brigade. On 31 March 1916, the remaining Mounted Brigades were ordered to be numbered in a single sequence; the brigade became the 1st Mounted Brigade and joined 1st Mounted Division in Norfolk. In July 1916, the 1st Mounted Division was reorganised as the 1st Cyclist Division and the regiments were converted to cyclist units in the 1st Cyclist Brigade of the division at Somerleyton near Lowestoft. In November 1916 the 1st Cyclist Division was broken up and the regiments were merged to form 1st (Lovat's Scouts) Yeomanry Cyclist Regiment, still in the 1st Cyclist Brigade. In March 1917 they resumed their identities as 2/1st Lovat's Scouts and 2/2nd Lovat's Scouts at Gorleston.

By July 1917 the regiments had moved to Beccles where they remained until the end of the war, still in 1st Cyclist Brigade. The regiments provided drafts for the 1st Line regiments and 10th Battalion, Queen's Own Cameron Highlanders. They also provided men for the Lovat Scouts (Sharpshooters). The Sharpshooters were formed from gamekeepers or gillies of the highland estates and were used in an observation and sniping role on the Western Front until the end of the War. From May 1940 to June 1942, the Lovat Scouts provided the garrison in the Faroe Islands, protecting against the feared German invasion. Whilst on the islands, the unit managed to bring down a Luftwaffe bomber with a Bren gun and subsequently captured the crew. From the Faroe Islands, the group were sent back to the UK and a number were removed from the unit due to a decrease in performance. The numbers were then swelled with new recruits, including hill walkers from Yorkshire and Lancashire, but also new recruits from the Regiment's more traditional recruiting areas. After a period based in northern Scotland and in Wales, the Scouts were sent to Canada in December 1943 for specialist ski and mountain training. As a consequence of their training in Jasper, Alberta, they were sent to Italy from mid 1944 to the end of the war. Whilst in Italy they were much misused and lost roughly 10% of their strength clearing roadside bombs and boobytraps left by the retreating German army.