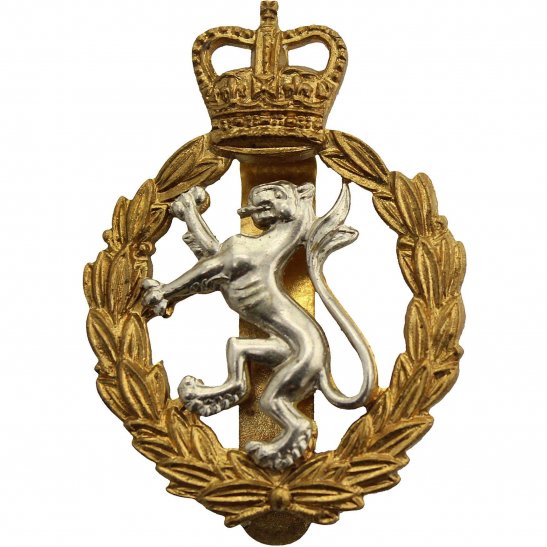 The Women's Royal Army Corps (WRAC; sometimes pronounced acronymically as rack, a term unpopular with its members) was the corps to which all women in the British Army except medical, dental and veterinary officers and chaplains (who belonged to the same corps as the men) and nurses (who belonged to Queen Alexandra's Royal Army Nursing Corps) belonged from 1949 to 1992. The WRAC was formed on 1 February 1949 by Army Order 6 as the successor to the Auxiliary Territorial Service (ATS) that had been founded in 1938. For much of its existence, its members performed administrative and other support tasks. In March 1952 the ranks of the WRAC, which had previously been Subaltern, Junior Commander, Senior Commander and Controller were harmonised with the rest of the British Army. In 1974, two soldiers of the corps were killed by the Provisional IRA in the Guildford pub bombings. In October 1990 WRAC officers employed with other corps were transferred to those corps and in April 1992 the WRAC was disbanded and its remaining members transferred to the Adjutant General's Corps. The post of Director WRAC, which carried the rank of Brigadier, was also abolished and it was seven years before a woman, Brigadier Patricia Purves, again reached that rank.