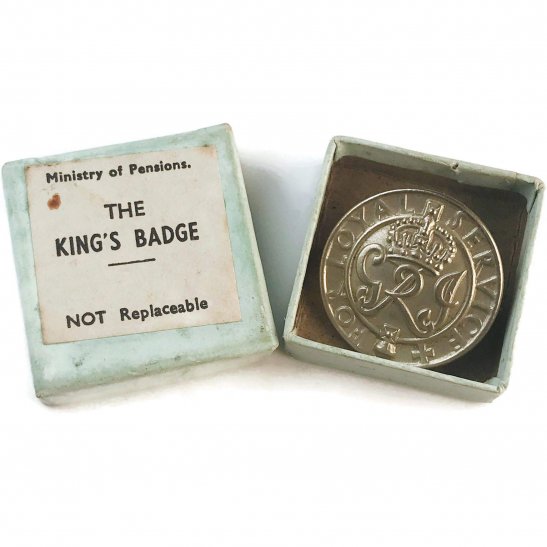 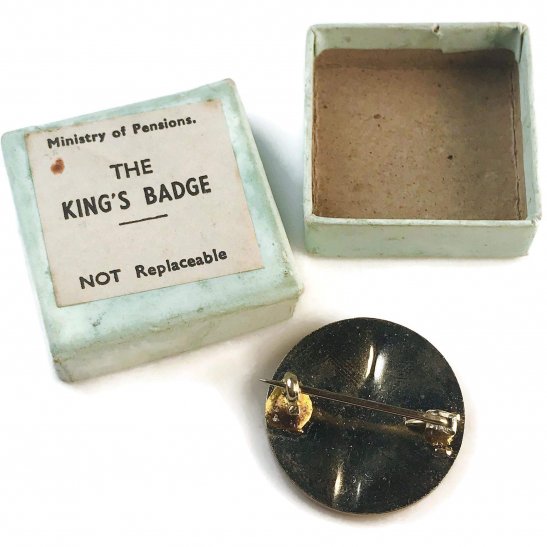 The King's Badge is a large silver lapel badge authorised by the Ministry of Pensions in the early part of the Second World War and initially issued to servicemen who, as a result of their injuries, had been discharged from active service. It was to be worn only on civilian clothing and by the end of 1941 over 8,000 had been awarded. Its basic purpose was to show that the wearer was a veteran. As well as members of the armed services, merchant navy and fishing fleets by late 1944 it was also awarded to the coastguards, police, members of the Civil Defence Services, and the Home Guard. Like the better known Silver War Badge of World War I, the King's Badge included the initials GRI for Georgius Rex Imperator, in this case referring to King-Emperor George VI. The earlier badge was in the name of his father, George V. The wording around the initials was also changed from For King and Empire Services Rendered to For Loyal Service. While it did come with a certificate, the King's Badge was not serially numbered.