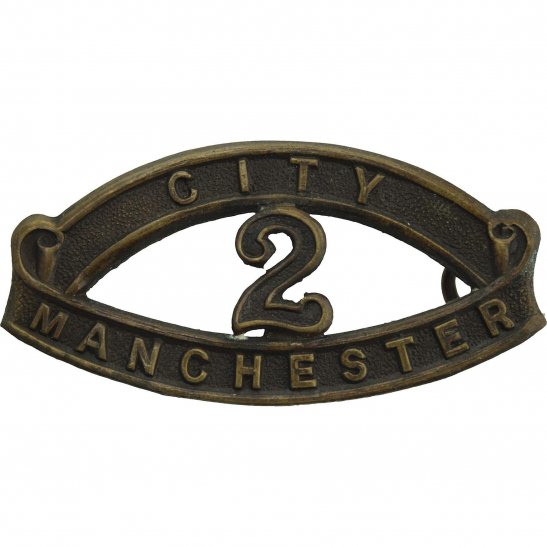 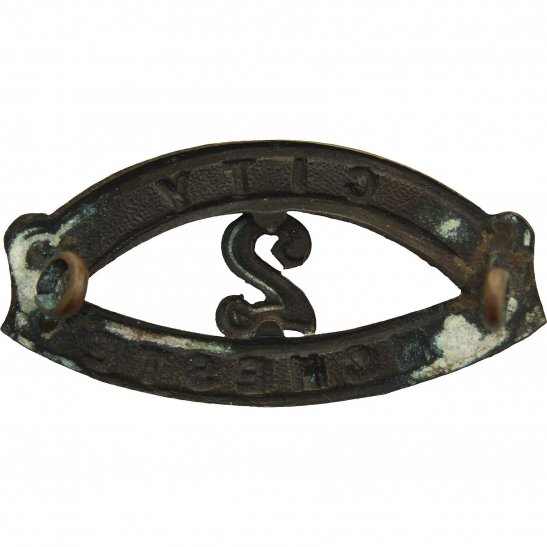 The Manchester Regiment was a regiment of the British army, formed in 1881 by the amalgamation of the 63rd Regiment of Foot and the 96th Regiment of Foot into the 1st and 2nd Battalions. The regiment amalgamated with the King's Regiment (Liverpool) in 1958, to form the King's Regiment (Manchester and Liverpool). During the First World War the 2nd Manchesters embarked for France with the 5th Division in August 1914 and contributed to the rearguard actions that supported the British Expeditionary Force's retreat following the Battle of Mons. Engaged in the battles of the Marne, the Aisne and "First Ypres", the 2nd Battalion was the regiment's sole representative on the Western Front until the arrival of the Indian Corps, comprising two infantry divisions and cavalry. Each brigade contained a constituent British battalion, the 1st Manchesters being the Jullundur's of the Lahore Division. Severe casualties were sustained by the 1st Manchesters and its brigade during the Battle of Neuve Chapelle. A succession of intensely fought battles followed, culminating in Second Ypres and Loos. The 1st Battalion embarked for Mesopotamia in late 1915, accompanying the infantry element of the Indian Corps.

On 1 July 1916, the First Day of the Somme, the regiment had nine battalions committed, including the Manchester Pals. The day proved to be the deadliest in the British Army's history, with more than 57,000 killed, wounded or missing. The regiment continued its involvement in the Somme Offensive. In late July, the 16th, 17th, and 18th Manchesters, attacked an area in the vicinity of the small village of Guillemont. Preparations for a new offensive in the Ypres sector had got under-way in June with a preliminary assault on Messines. The Manchester Pals' Brigade fought in the offensive's opening battle, at Pilckem Ridge, on 31 July. Conditions during "Third Ypres" (or Passchendaele) reduced the battleground to an intractable morass. During "Third Ypres", Sergeant Coverdale, of the 11th Manchesters, killed three snipers, rushed two machine gun positions, then reorganised his platoon to capture another position, though after advancing some distance was forced back due to bombardment from the British artillery, suffering nine casualties in the advance.

When Germany invaded France in May 1940, the 2nd, 5th and 1/9th Manchesters formed part of the British Expeditionary Force - the 2nd and 1/9th were MG battalions. Despite putting up a stubborn defence, the BEF went into retreat, the Manchesters being engaged along the way. Much of the expeditionary force converged on Dunkirk, where hundreds of ships evacuated more than 330,000 soldiers to Britain. Of the surviving men of the 2nd Manchesters, more than 300 men were evacuated. Fewer than 200 remained, fighting until being either captured or killed. The 5th and 1/9th were also evacuated, having sufferered light casualties. The evacuation ended on 3 June. On 27 June 1944, the 1st Manchesters landed in France, 21 days after the invasion had begun. The battalion took part in a number of engagements in the area around Caen, which was captured by British and Canadian Forces on 9 July. The battalion advanced across Northern France, reaching Antwerp in Belgium in early September. The 1st Manchesters, along with the rest of the 53rd (Welsh) Division, moved to Turnhout, before advancing later that month into the Netherlands, where the 1st and 7th Manchesters saw heavy action. The 1st Manchesters, after entering German territory in the face of the Wehrmacht's defences, crossed the Rhine with the 53rd Division in late March. The 7th Manchesters saw its last fighting in Bremen, when that city was captured on 26 April. The 1st Manchesters ended the war in Hamburg when that city surrendered on 3 May.