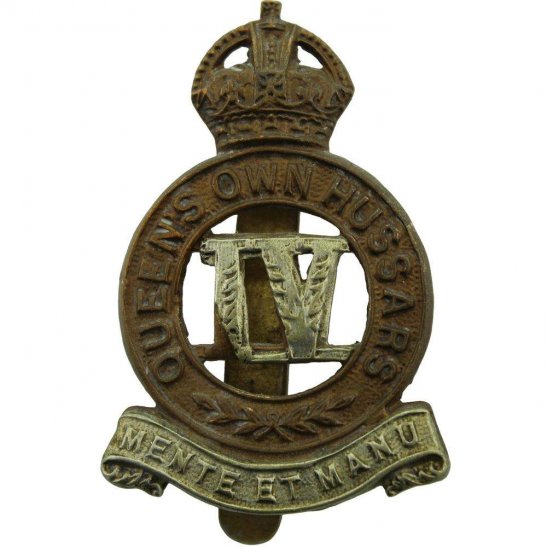 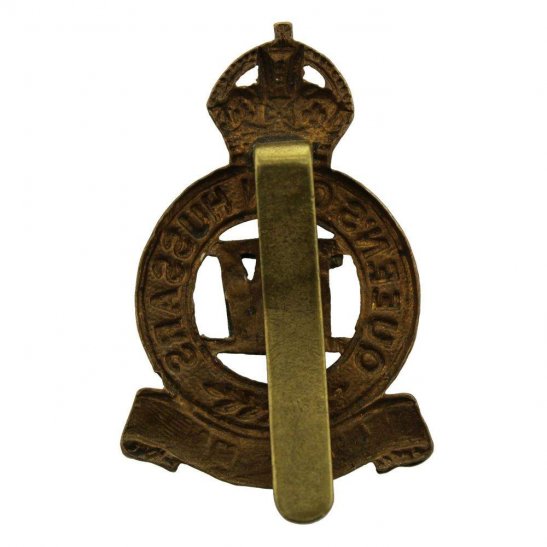 The 4th Queen's Own Hussars was a cavalry regiment in the British Army, first raised in 1685. It saw service for three centuries, before being amalgamated into The Queen's Royal Irish Hussars in 1958. The 4th Hussars fought throughout Wellington's Peninsula Campaign and gained distinction in the Afghan War. They participated in one of the most glorious actions of the British Cavalry when they charged with the Light Brigade at Balaclava alongside the 8th Hussars. Private Samuel Parkes was awarded the Victoria Cross during the charge for saving the life of a Trumpeter, Hugh Crawford. The regiment served in France for the duration of the First World War, winning 21 battle honours and nearly 100 awards for gallantry. They mechanised in 1936, transferring from their traditional place as Cavalry of the Line to the Royal Armoured Corps and saw extensive action during the Second World War in Greece, the Western Desert (El Alamein) and Italy. The regiment was posted to The Middle East, arriving on 31 December 1940. As part of the 1st Armoured Brigade they were attached to the 6th Australian Infantry Division and fought in the Greek Campaign. Fighting as the rearguard in the Corinth Canal Bridge action the regiment was overrun and surrendered losing all senior officers and over 400 men as prisoners of war. In June 1941 the regiment was reconstituted in Cairo and rejoined the 1st Armoured Brigade as part of the 8th Army. Badly mauled during the battles around Gazala and having lost almost an entire squadron - which was attached to the 3rd County of London Yeomanry (Sharpshooters) - the regiment was temporarily amalgamated with one squadron from the (similarly depleted) 8th King's Royal Irish Hussars to form the 4th/8th Hussars. A portent of things to come perhaps as this partnership, along with their previous association with the 8th in the Charge of the Light Brigade made them both ideal candidates for the amalgamation which would follow in 1958. The regiment fought with distinction in the Italian campaign during the allied advance into the Axis territories.