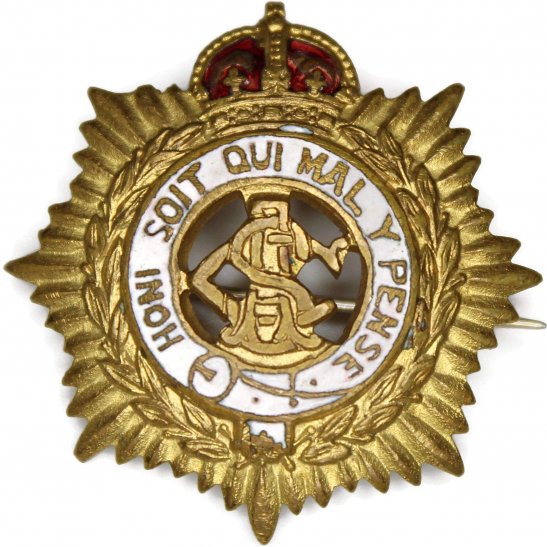 Regimental brooches are generally small pin-brooches depicting miniature badges of units. Usually they were commercially manufactured and some are still manufactured today. There were eventually hundreds of commercial designs, typically smaller versions of the cap (or ships) badge, in combinations of brass, silver, gold, enamel and mother of pearl, sometimes the pin mounts incorporating horseshoes, anchors, crossed swords or rifles. Lucky charms and talismans were very popular and could be anything, but often included lucky symbols and variations on 'touch wud' and 'fums up', or religious symbols. Soldiers also kept fragments of bullet and shell - sometimes as hospital souvenirs. Who would have owned objects like this? During the First World War, wives, sisters and girlfriends commonly wore pin-brooches depicting miniature badges of units in which male loved ones were serving. The phrase 'sweetheart brooch' is commonly used, but is misleading, as it was not only 'sweethearts' that wore them. Silver items will carry hallmarks that can be traced to a year - 1915 is the most common year for First World War brooches. Usually these were commercially manufactured, bought and presented by the serviceman as they left home. Post-war, many veterans themselves wore miniature pin-badges of their former regiments, ships or arm of service.