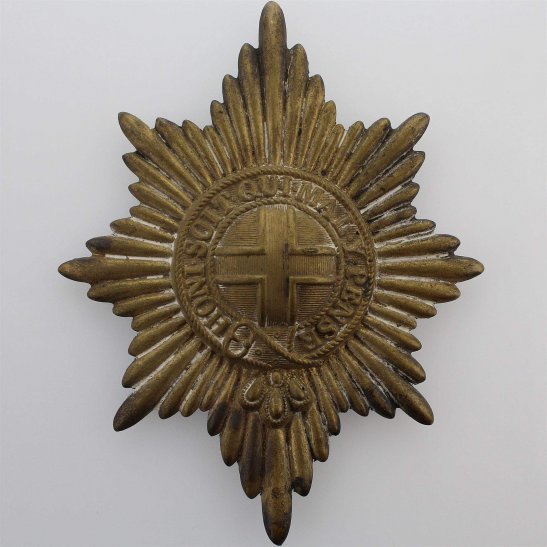 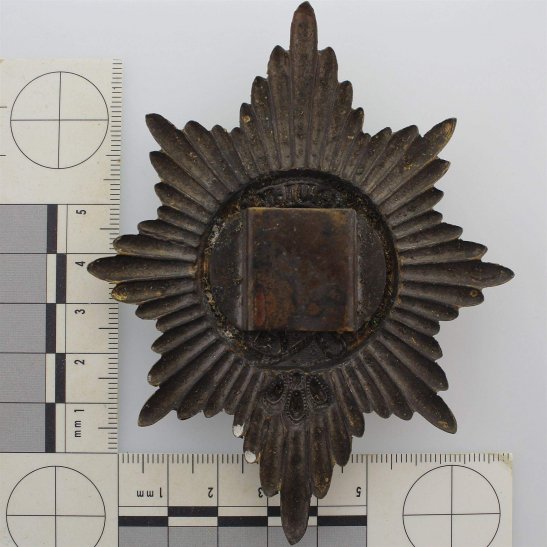 The Coldstream Guards (COLDM GDS), is a part of the Guards Division, Foot Guards regiments of the British Army. It is the oldest regiment in the Regular Army in continuous active service, originating in Coldstream, Scotland in 1650 when General George Monck founded the regiment. It is one of two regiments of the Household Division that can trace its lineage to the New Model Army, the other being the Blues and Royals (Royal Horse Guards and 1st Dragoons). The Coldstream Regiment saw extensive service in the wars against the French Revolution and in the Napoleonic Wars. Under the command of Sir Ralph Abercrombie they defeated French troops in Egypt. In 1807 they took part in the investment of Copenhagen. In January 1809 they sailed to Portugal to join the forces under Sir Arthur Wellesley. The 2nd Battalion joined the Walcheren Expedition. Later it served as part of the 2nd Guards Brigade in the chateau of Hougoumont on the outskirts of the Battle of Waterloo. This defence is considered one of the greatest achievements of the regiment, and an annual ceremony of "Hanging the Brick" is performed each year in the Sergeants' Mess to commemorate the efforts of Cpl James Graham and Lt-Col James Macdonnell, who shut the North Gate after a French attack. Wellesley himself declared after the battle that "the success of the battle turned upon closing the gates at Hougoumont". The regiment was later part of the British occupation forces of Paris until 1816. During the Crimean War, The Coldstream Regiment fought in the battles of Alma, Inkerman and Sevastopol. On their return, four of the Guardsmen were awarded the newly instituted Victoria Cross. The regiment received its current name, The Coldstream Guards, in 1855. In 1882 they were sent to Egypt against the rebels of Ahmed 'Urabi and in 1885 in the Suakin Campaign. In 1897, the Coldstreamers were reinforced with the addition of the 3rd battalion. The 1st and 2nd battalions were dispatched to South Africa at the outbreak of the Second Boer War.

At the outbreak of the First World War, Coldstreamers were among the first British regiments to arrive in France after Britain declared war on Germany. In the following battles, they suffered heavy losses, in two cases losing all their officers. At the first Battle of Ypres the 1st battalion was virtually annihilated - by 1 November down to 150 men and the Lt Quartermaster. They fought in Mons, Loos, Somme, Ginchy and in the 3rd Battle of Ypres. They also formed the 4th (Pioneer) Battalion, which was disbanded after the war, in 1919. The 5th Reserve battalion never left Britain before it was disbanded. When the Second World War began, the 1st and 2nd battalions of The Coldstream Guards were part of the British Expeditionary Force in France; whilst the 3rd Battalion was on overseas service in the Middle East. Additional 4th and 5th battalions were also formed for the duration of the war. They fought extensively, as part of the Guards Armoured Division, in North Africa and Europe as dismounted infantry. The 4th battalion first became a motorized battalion in 1940 and then an armoured battalion in 1943.