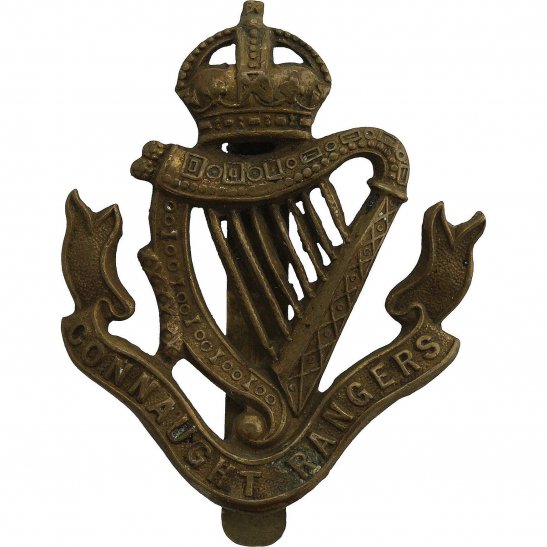 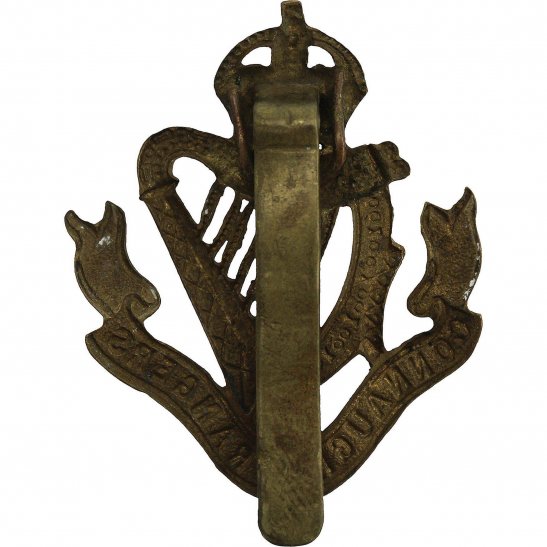 The Connaught Rangers ("The Devil's Own") was an Irish regiment of the British Army originally raised in 1793 as the 88th Regiment of Foot (Connaught Rangers), which gained a reputation both for indiscipline and for its prowess as shock troops and streetfighters with the bayonet while serving under the Duke of Wellington during the Peninsular War in Spain. In August 1914 the 1st Battalion, commanded by Lieutenant-Colonel Hurdis Ravenshaw, was stationed in Ferozepore, India. It was part of the Ferozepore Brigade, 3rd (Lahore) Division of the Indian Army. It arrived in Marseilles, France on 26 September 1914. The 2nd Battalion was part of the 5th Brigade, 2nd Division which was, in turn, part of the British Expeditionary Force. It arrived in Boulogne in August 1914, the month in which war was declared. Its marching song It's A Long Way To Tipperary became famous. By October, the battalion was involved in the fighting around Ypres. On one occasion Private Grogan rushed seven Germans who had occupied a section of trench. He killed all of them. It cost him a cut forehead and four teeth. Some 2,500 Connaught Rangers were killed in World War I. Their graves lie in Grangegorman Military Cemetery, France, Belgium, Germany, Greece, Turkey, Bulgaria, Egypt, Palestine, India, Iran, Iraq, Israel, and England. In just over a week's fighting in the Battle of the Somme (September 1916), the 6th Battalion lost 23 officers and 407 other ranks. On 21 March 1918, the same Battalion was "practically annihilated" during the German Spring Offensive breakthrough at St. Emilie in France. In one week the battalion lost "22 officers and 618 other ranks", the latter figure including the 407 quoted by Denman.

On the first day of the Spring Offensive the 6th Battalion found, following the opening bombardment, that the order to withdraw had not reached them so that they were left alone to face the onslaught of two fresh German divisions. Approximately 222 men were left standing after this. The Regiment lost over 300 men killed or wounded in action or missing on that day, following five weeks in the line. As a result of these heavy losses, the survivors were transferred into the 2nd Battalion, The Leinster Regiment, and the 6th Battalion, Connaught Rangers ceased to exist. Private Martin Moffat from Sligo, later a winner of the Victoria Cross, was one of the men transferred. Following the establishment of the independent Irish Free State in 1922, the five regiments, which included the Connaught Rangers, that had their traditional recruiting grounds in the counties of the new state were disbanded.