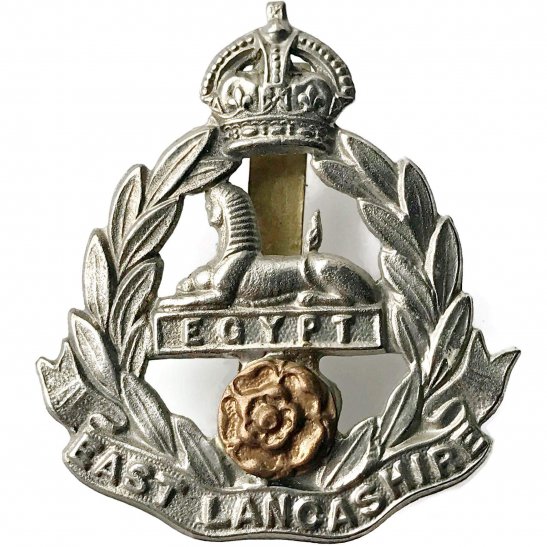 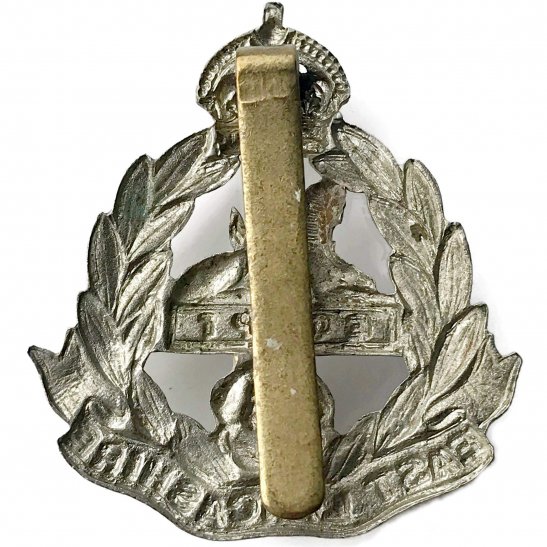 The East Lancashire Regiment was, from 1881 to 1958, an infantry regiment of the British Army. The regiment was formed under the Childers Reforms by the amalgamation of two 30th and 59th Regiments of Foot with the militia and rifle volunteer units of eastern Lancashire. Following a series of mergers since 1958, its lineage is today continued by the Duke of Lancaster's Regiment. The 1st Battalion was formed from the 30th (Cambridgeshire) Regiment of Foot (raised in 1702) and the 2nd Battalion from the 59th (2nd Nottinghamshire) Regiment of Foot (raised 1755). Under the system introduced in 1881, one battalion of each infantry regiment was to serve at a home station while the other was in a foreign garrison or on active service. Due to the emergency caused by the outbreak of war in South Africa in 1899 most home service battalions were dispatched to the conflict. The size of the regiment was increased during the conflict, reaching a total of 17 battalions.

The Accrington Pals, officially the 11th Battalion, East Lancashire Regiment, was a pals battalion of Kitchener's Army raised in and around the town of Accrington. Recruiting was initiated by the mayor of Accrington following Lord Kitchener's call for volunteers, and it took only ten days to raise a complete battalion. The battalion's nickname is a little misleading since of the four 250-strong companies that made up the original battalion, only one was actually composed of men from Accrington. The rest volunteered from other East Lancashire towns nearby such as Burnley, Blackburn, and Chorley. The men from Chorley, who formed Y Company, were known as the Chorley Pals. The men from Burnley, who formed Z Company, were known as the Burnley Pals.

When the two regiments of foot merged in 1881, new badges were designed. The headdress badge selected for the centre of the full dress helmet was a sphinx upon a plinth inscribed "EGYPT". The sphinx had been awarded to the 30th Foot in 1802 to mark its participation in repelling the French invasion of Egypt The collar badge selected was the Red Rose of Lancaster to mark the regiment's county affiliation. In 1897 a khaki uniform featuring a slouch hat was introduced, and a metal cap badge was devised for each regiment or corps. The badge of the East Lancs was the sphinx and "Egypt" above the rose, the whole enclosed within a laurel wreath topped by a crown. The laurel wreath had formed part of the insignia of the 59th Foot. A scroll inscribed "EAST LANCASHIRE" at the base of the badge completed the design. This design of cap badge was maintained for the rest of the regiment's existence, subject to changes in the style of crown, and was worn on the later service dress and battle dress uniforms.