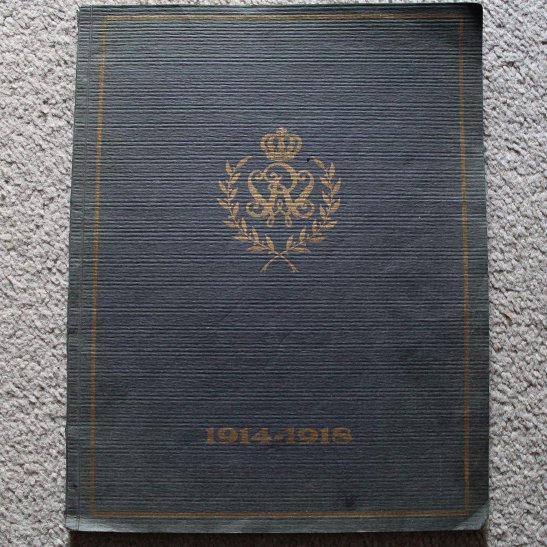 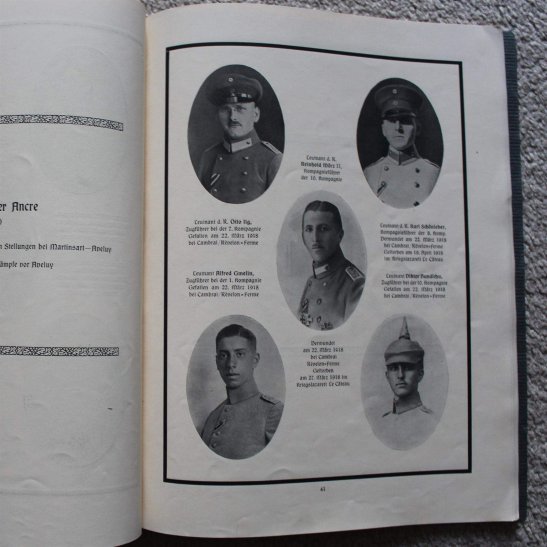 This is in good, solid condition.

This is an original WW1 German honour book containing the photographs of hundreds of German officers of the 120th (2nd Württemberg) Infantry "Emperor William, King of Prussia" Regiment. It was probably published just after the war around 1919 / 1920 and gives details of all the officers of the regiment who were killed in action throughout the war. The details given normally include a photo, name, rank, date and place of death. The places include many, many battles against the British including, Menin, Passchendaele, Guillemont, Bullecourt, Somme, Ypres etc. A very rare original item.