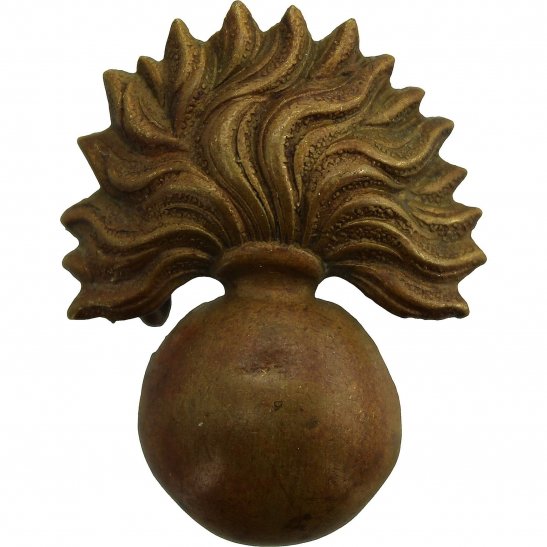 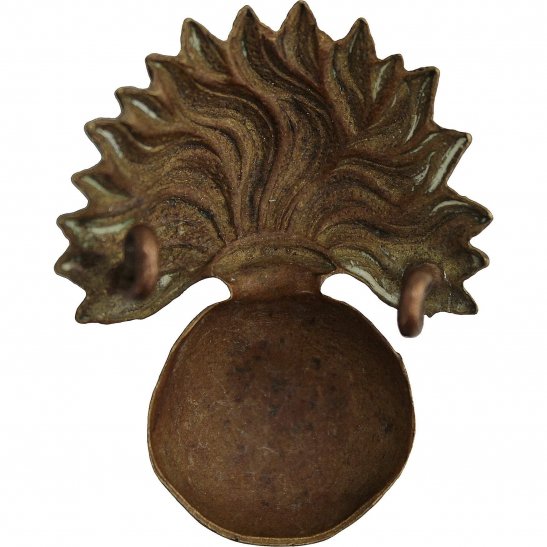 The Grenadier Guards (GREN GDS) is an infantry regiment of the British Army. It is the most senior regiment of the Guards Division and, as such, is the most senior regiment of infantry. It is not, however, the most senior regiment of the Army, this position being attributed to The Life Guards. Although The Coldstream Guards were formed before The Grenadier Guards, the regiment is ranked after the Grenadiers in seniority as, having been a regiment of the New Model Army, the Coldstreams served the Crown for four fewer years than the Grenadiers (the Grenadiers having formed as a Royalist regiment in exile in 1656 and the Coldstreams having sworn allegiance to the Crown upon the Restoration in 1660). The grouping of buttons on the tunic is a common way to distinguish between the regiments of Foot Guards. Grenadier Guards' buttons are equally spaced and embossed with the Royal Cypher reversed and interlaced surrounded by the Royal Garter bearing the royal motto Honi soit qui mal y pense (Evil be to him who evil thinks). Their "Buff Belt" brass clasps also carry the Royal Cypher. Modern Grenadier Guardsmen wear a cap badge of a "grenade fired proper" with seventeen flames. This cap badge has to be cleaned twice a day, once in the morning and once in the afternoon, as it is made from brass and a tarnished grenade is frowned upon by all in the regiment.

At the outbreak of the First World War in August 1914, the regiment consisted of three battalions. With the commencement of hostilities the regiment raised a service battalion, the 4th Battalion, and a reserve battalion known as the 5th (Reserve) Battalion, which was used to carry out ceremonial duties in London and Windsor during the war. The 2nd Battalion of the regiment was sent to France in August, and the 1st Battalion followed to Belgium in October. They took part in the early stages of the fighting during the period known as "Race to the Sea", during which time they were involved significantly at the First Battle of Ypres.

In February 1915, a fifth Guards regiment was raised, known as The Welsh Guards. In recognition of the significant contribution Welshmen had made to The Grenadier Guards, the regiment transferred five officers and 634 other ranks to the newly formed unit. A short time later, permission was received for the formation of the Guards Division, the brainchild of Lord Kitchener, and on 18 August 1915, the division came into existence, consisting of three brigades, each with four battalions. Following this the four service battalions of the regiment fought in a number of significant battles including Loos, the Somme, Cambrai, Arras and the Hindenburg Line. Seven members of the regiment received the Victoria Cross during the war.