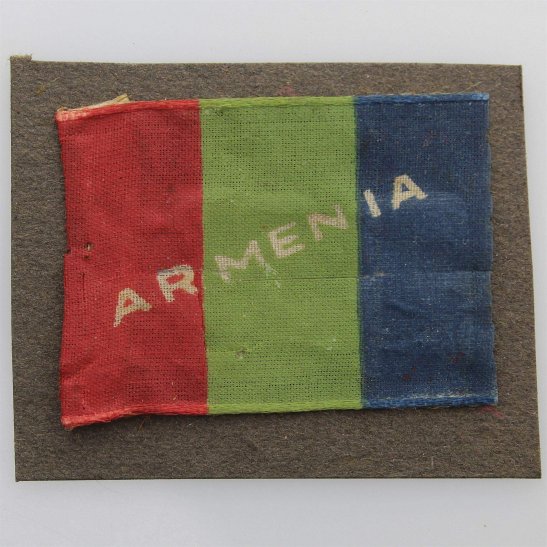 THIS CLOTH FLAG HAD BEEN GLUED INTO A WW1 SCRAP ALBUM THAT HAD FALLEN APART. IT REMAINS STUCK TO THE PAPER CARDBOARD.