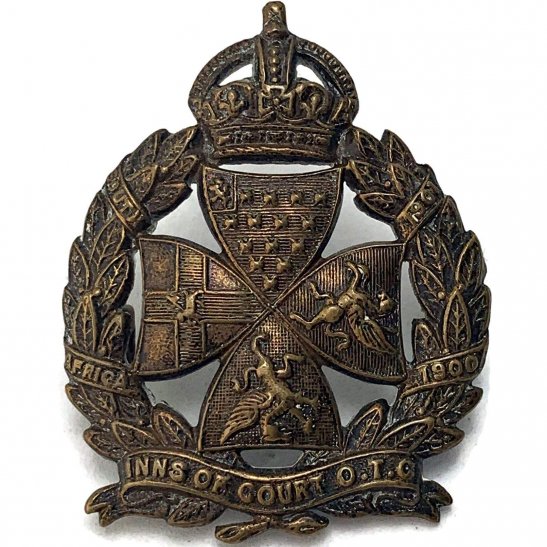 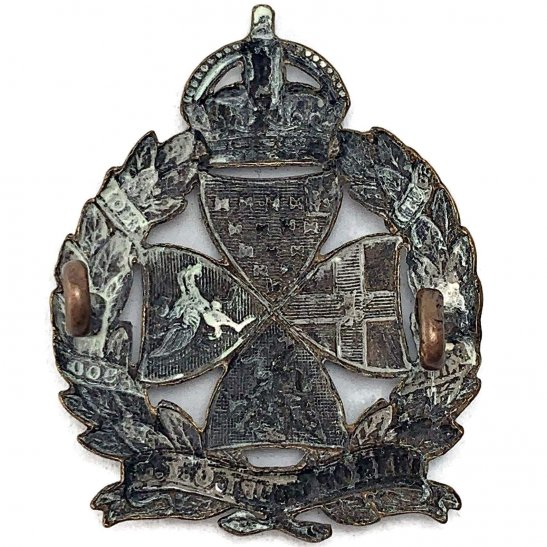 The Inns of Court Regiment (ICR) was a British Army regiment which existed under that name between May 1932 and May 1961. However, the unit traces its lineage back much further, to at least 1584, and its name lives on within 68(Inns of Court & City and Yeomanry) Signal Squadron part of 71 (City of London) Yeomanry Signal Regiment. In 1908 the Territorial Force was formed and the Regiment became the 27th (County of London) Battalion, The London Regiment (Inns of Court); but almost immediately it was changed into an officer training unit under the designation the Inns of Court Officer Training Corps (I.C.O.T.C.) with responsibility for training literally thousands of British officers prior to their deployment on the front line. The Regiment had an establishment of one squadron of cavalry (I.C.O.T.C. Squadron, formerly "B" (M.I.) Company) and three companies of infantry. In 1914, the Inns of Court Reserve Corps was formed, consisting of former members of the Inns of Court Rifle Volunteers; and in 1917 the 1st Cadet Battalion, Inns of Court, was formed to train boys under military age. In 1920 the Regiment was reformed with an establishment of one squadron of cavalry and two companies of infantry. Its designation was changed to the Inns of Court Regiment (ICR) in 1932 when it was again reorganised along similar lines. The two infantry companies were converted to light tank cavalry squadrons in 1937 and two years later formed the Royal Armoured Corps Wing, Sandhurst.

In 1939 the mounted squadron joined a cavalry training regiment in Edinburgh, but this was disbanded in 1940. From January 23, 1941 until January 15, 1943, the regiment was part of the 9th Armoured Division in Great Britain. From 1943, it was under the direct command of 1 Corps, the assault formation of 21 Army Group and later led the advance of 11th Armoured Division. On D-Day, "C" Squadron of the regiment landed on Juno Beach with the 3rd Canadian Infantry Division. During the campaign in Northwest Europe of 1944-45, the Inns of Court, organized as an armoured car regiment, was the reconnaissance asset of the I Corps. On 1 April 1947, the Regiment was again reformed, as the Armoured Car Regiment of the 56th (London) Armoured Division, T.A., later to become the Reconnaissance Regiment of the 54th East Anglian Division. In 1956, the Northamptonshire Yeomanry was reduced to one squadron and amalgamated with the Inns of Court Regiment as "The Northamptonshire Yeomanry "D" Squadron, The Inns of Court Regiment". This was reversed when, in 1961, The Inns of Court Regiment amalgamated with the City of London Yeomanry (Rough Riders) to form The Inns of Court & City Yeomanry. Following further defence reforms, the unit became known as 68 (Inns of Court & City Yeomanry) Signal Squadron from 1 April 1969, when, with an establishment of 8 officers and 85 other ranks, it became part of the newly formed the 71 (Yeomanry) Signal Regiment (Volunteers), which itself had been formed from the recently disbanded yeomanry regiments.