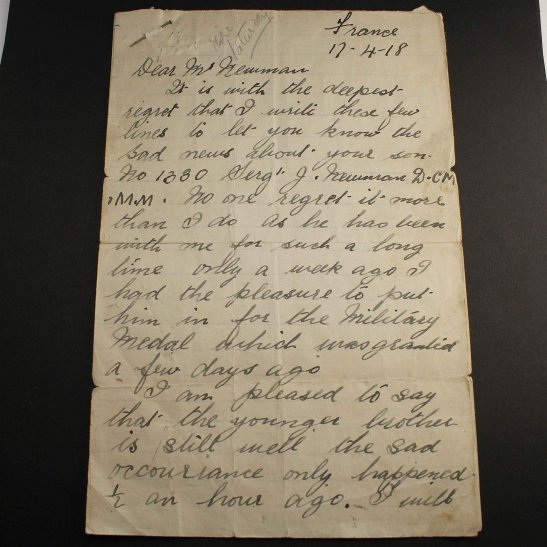 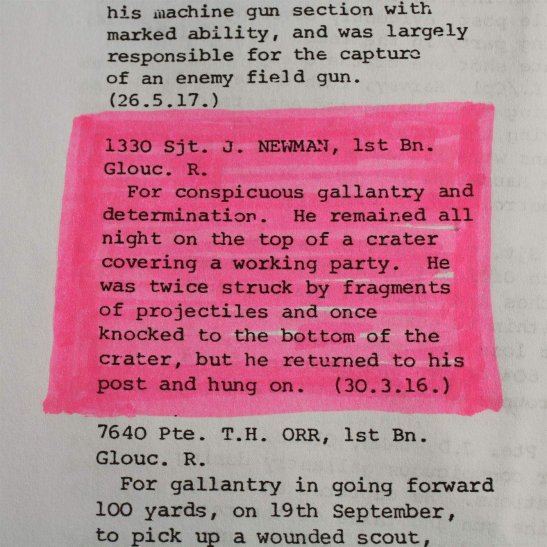 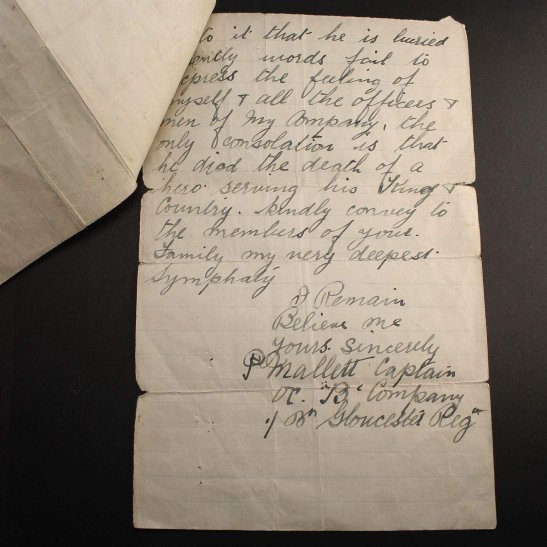 This is an original WW1 Condolence letter from Captain P Mallett OC B Company 1st Battalion Gloucester Regiment, to the Father of Sergeant J Newman DCM, MM. This letter, sent direct from the front line during the German Spring Offensive Campaign and dated 17 April 1918 was written by Captain Mallett just half an hour after Newman's death. Capt Mallett sends his regret over the loss explaining they had served together for long time and he had just recently recommended Newman for the military medal "which was granted a few days ago". He says "he died the death of a hero serving his King and country". Given Newman's impressive gallentry medals, he was probably right.