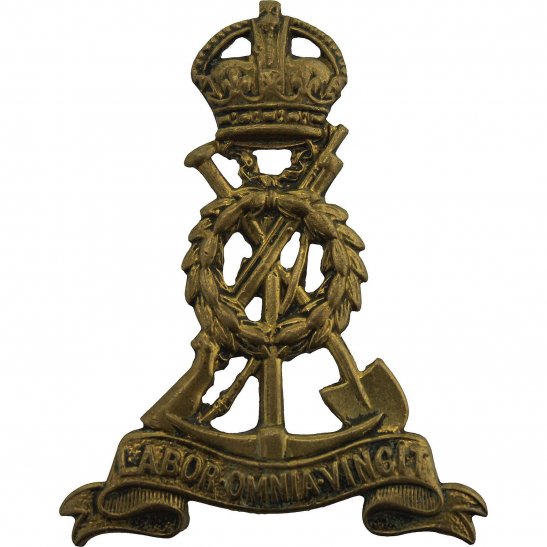 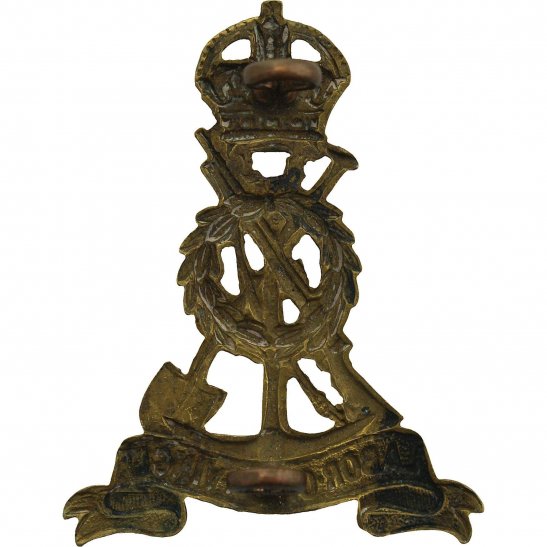 The Royal Pioneer Corps was a British Army combatant corps used for light engineering tasks. It was formed in 1939 and amalgamated into the Royal Logistic Corps in 1993. Pioneer units performed a wide variety of tasks in all theatres of war, handling all types of stores, laying prefabricated track on the beaches and stretcher-bearing. They also worked under Engineer supervision on the construction of the Mulberry Harbour and laid the Pipe Line Under the Ocean (PLUTO), constructed airfields, roads and erected bridges. The first record of Pioneers in a British army goes back to 1346 where the pay and muster rolls of the English Garrison at Calais show records of the Pioneers' pay. About 1750, it was proposed that a Corps of Pioneers be formed, although nothing was done on this for nearly two hundred years. The Army Works Corps was established during the Crimean War in 1854.

The Labour Corps was formed in 1917 during World War I and employed 325,000 British troops, 98,000 Chinese, 10,000 Africans and at least 300,000 other labourers. In September 1939, a number of infantry and cavalry reservists were formed into Works Labour Companies. These, in October 1939 became the Auxiliary Military Pioneer Corps (AMPC), and a Labour Directorate was created to control labour matters. A large number of Pioneers served in France with the British Expeditionary Force. During the Battle of France, an infantry brigade was improvised from several AMPC Companies under the command of Lieutenant-Colonel J. B. H. Diggle. Known as "Digforce", they became part of Beauman Division and fought in defence of the Andelle and Bethune rivers on 8 June 1940 against the 5th and 7th Panzer Divisions. They, and thousands of other BEF Pioneers, were evacuated to England in Operation Ariel. An unknown number of AMPC troops were killed when the HMT Lancastria was sunk off St Nazaire on 17 June.

On 22 November 1940 the name was changed from the AMPC to the Pioneer Corps. In March 1941 James Scully became the only member of the Pioneer Corps to be awarded the George Cross although 13 George Medals and many other lesser awards have been won by Corps members. A total of 23 pioneer companies took part in the Normandy landings. The novelist Alexander Baron served in one of these Beach Groups and later included some of his experiences in his novels From the City From the Plough and The Human Kind. He also wrote a radio play about the experience of being stranded on a craft attempting to land supplies on the beaches of Normandy. Nos 85 and 149 Companies, Pioneer Corps served with the 6th Beach Group assisting the units landing on Sword Beach on D Day, 6 June 1944. On 28 November 1946, in recogniition of their work during the Second World War, King George VI decreed that the Corps should have the distinction "Royal" added to the title. On 5 April 1993, following the Options for Change review, the Royal Pioneer Corps united with the Royal Corps of Transport, the Royal Army Ordnance Corps, the Army Catering Corps, and the Postal and Courier Service of the Royal Engineers, to form the Royal Logistic Corps.