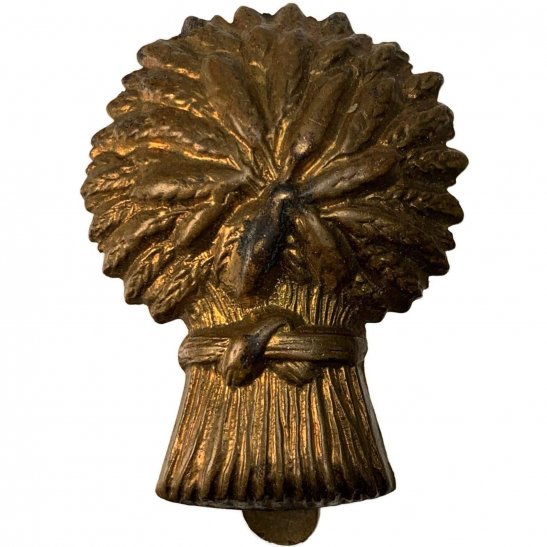 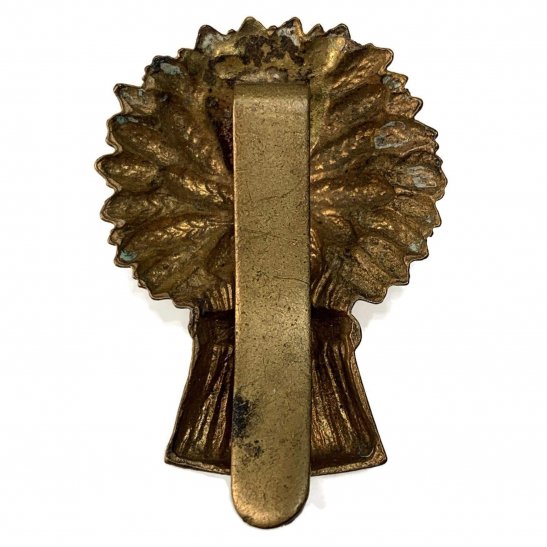 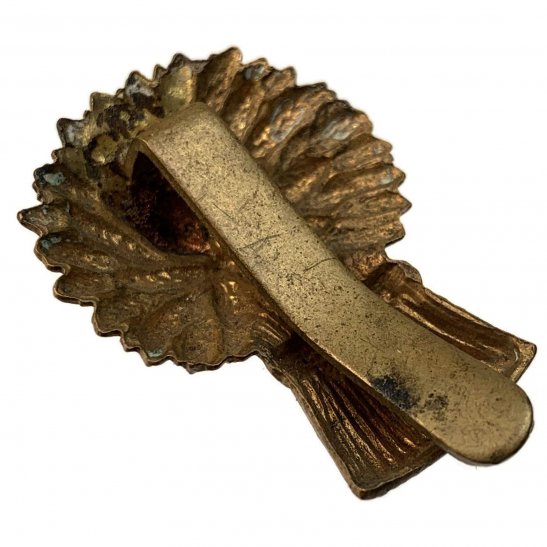 The Lothians and Border Horse was a Yeomanry regiment, part of the British Territorial Army. It was ranked 36th in the Yeomanry order of precedence and was based in the Scottish Lowland area, recruiting in the Lothians - East Lothian (Haddingtonshire), Midlothian (Edinburghshire), and West Lothian (Linlithgowshire) - and along the border with England, particularly Berwickshire. In the Summer of 1915, the 1/1st was split up as follows: Regimental Headquarters and B Squadron joined the 25th Division. In May 1916, it moved to become V Corps Cavalry Regiment but, in July 1917, due to manpower shortages, it was dismounted and transferred to the infantry. In September 1917, after infantry training, they were redesignated the 17th Battalion Royal Scots. A Squadron first went to the 26th Division, then, in November 1916, it joined the 8th Mounted Brigade. D Squadron initially joined the 22nd Division. In November 1916, it was reunited with A Squadron in the 8th Mounted Brigade.On 11 May 1917, A and D Squadrons formed the XII Corps Cavalry Regiment in Salonika, where they remained until the end of the war. The 2nd line regiment was formed in 1914. In 1915 it was under the command of the 2/1st Lowland Mounted Brigade in Scotland (along with the 2/1st Ayrshire (Earl of Carrick's Own) Yeomanry and the 2/1st Lanarkshire Yeomanry) and by March 1916 was at Dunbar, East Lothian. On 31 March 1916, the remaining Mounted Brigades were numbered in a single sequence and the brigade became 20th Mounted Brigade, still at Dunbar under Scottish Command. In July 1916, there was a major reorganization of 2nd line yeomanry units in the UK. All but 12 regiments were converted to cyclists and, as a consequence, the regiment was dismounted and the brigade converted to 13th Cyclist Brigade. Further reorganization in October and November 1916 saw the brigade redesignated as 9th Cyclist Brigade in November, still at Dunbar. The regiment moved to Haddington in July 1917. On 7 February 1920, the Regiment was reconstituted in the Territorial Army with HQ still at Edinburgh. Following the experience of the war, it was decided that only the fourteen most senior yeomanry regiments would be retained as horsed cavalry, with the rest being transferred to other roles. As a result, on 21 May 1920, the Regiment was one of eight converted and reduced to an Armoured Car Company.