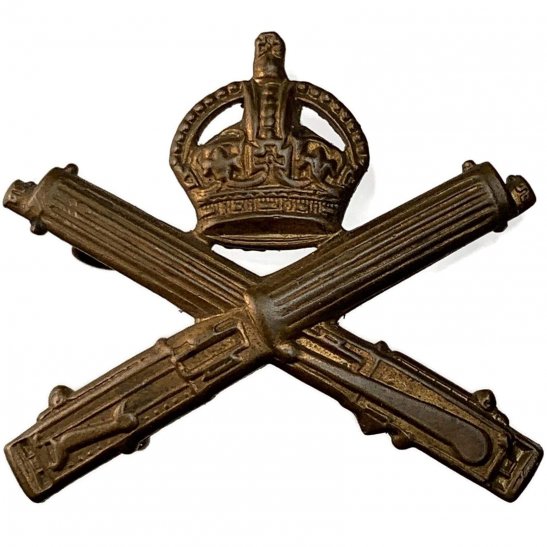 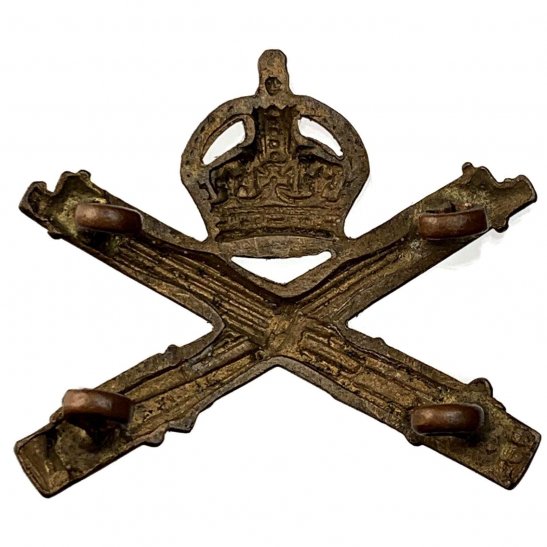 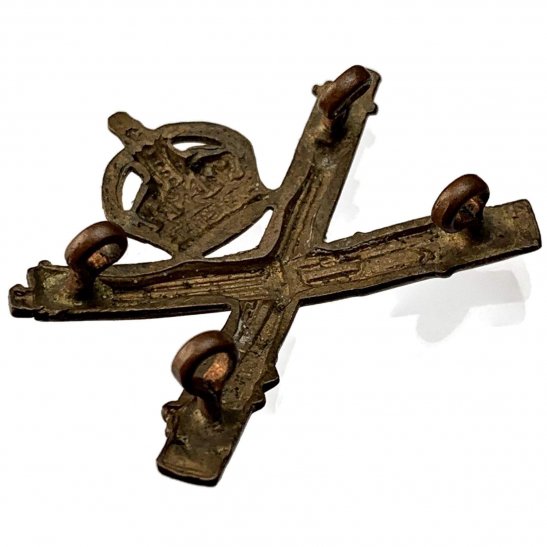 The Machine Gun Corps (MGC) was a corps of the British Army, formed in October 1915 in response to the need for more effective use of machine guns on the Western Front in World War I. The Heavy Branch of the MGC was the first to use tanks in combat, and the branch was subsequently turned into the Tank Corps, later called the Royal Tank Regiment. The MGC was disbanded in 1922. At the outbreak of World War I in August 1914 the tactical potential of machine guns was not appreciated by the British Military. The Army therefore went to war with each infantry battalion and cavalry regiment containing a machine gun section of just two guns each. This was supplemented in November 1914 by the formation of the Motor Machine Gun Service (MMGS), administered by the Royal Artillery, consisting of motor-cycle mounted machine gun batteries. A machine gun school was also opened in France. A year of warfare on the Western Front proved that, to be fully effective, machine guns must be used in larger units and crewed by specially trained men. To achieve this, the Machine Gun Corps was formed oin October 1915 with Infantry, Cavalry and Motor branches, followed in 1916 by the Heavy Branch. A depot and training centre was established at Belton Park in Grantham, Lincolnshire, and a base depOt at Camiers in France. The Infantry Branch was by far the largest and was formed initially by the transfer of battalion machine gun sections to the MGC, these being grouped into Brigade Machine Gun Companies, three per division. New companies were raised at Grantham.

In 1917 a fourth company was added to each division. In February and March 1918, the four companies in each division were formed into a Machine Gun Battalion. The MGC saw action in all the main theatres of war, including France, Belgium, Palestine, Mesopotamia, Egypt, Salonika, East Africa and Italy. In its short history the MGC gained an enviable record for heroism as a front line fighting force. Indeed, in the latter part of the war, as tactics changed to defence in depth, it commonly served well in advance of the front line. It had a less enviable record for its casualty rate. Some 170,500 officers and men served in the MGC with 62,049 becoming casualties, including 12,498 killed, earning it the nickname 'the Suicide Club'. At the end of hostilities the MGC was again re-organised in a smaller form as many of its soldiers returned to civilian life. However, the Corps continued to see active service in subsequent wars: the Russian Civil War, the Third Anglo-Afghan War, and in the Northwest Frontier of India. It also served prominently in the British army which occupied parts of Germany in the period between the 1918 Armistice and the Versailles Peace Treaty. Its equipment and training made it possible for a relatively small garrison to control a large population.