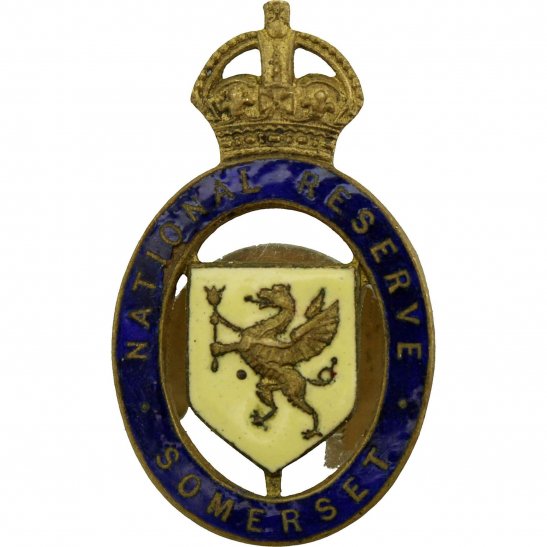 NATIONAL RESERVE (NR). It will be noted that County Associations were originally set up in 1907 to cater for the TF and TF Reserve. They now had to form a committee to be chaired by the Lieutenant of the County to administer the association on behalf of the War office. Large counties were authorised to be split into two or more associations. This actually happened. Yorkshire was divided Into three. Lancashire Into two and various cities had separate reserves from thew countless. There was one or two instances where counties/areas were amalgamated. (Leicester and Rutland. Hampshire and Isle of Wight). The VR/NR was formed from a patriotic body of ex officers and men. Though it had received little encouragement from the Army authorities in the past. it displayed the utmost keenness to take Part in operations on the outbreak of war. From the inception of the scheme, it was never intended that the NR should form a third line army or a 'last hope' for the defence of the country: it's members undertook to maintain their military efficiency in time of peace, and to be prepared to rejoin the Regulars or Territorials on mobilisation for service in the field at home or abroad, wherever the War Office could use them. At the time of the declaration of War the strength of this Force - the general average of which was at least as high In military value as the general average conscript armies at war strength was approx. 200.000 men. All ex-member, of the Royal Navy. Royal Marines. Army. Militia. Yeomanry and Volunteers were eligible to join providing they were within the age limits vet for their particular ranks previously held. Recruitment was not allowed outside of an Assoc-Lance area without prior permission of the other area association The whole of the NP was split into three classes. which were as follows: filial. Consisted of officers under 55, NCOs and men under the age of 45 who were fit for service In the field, at home or abroad.