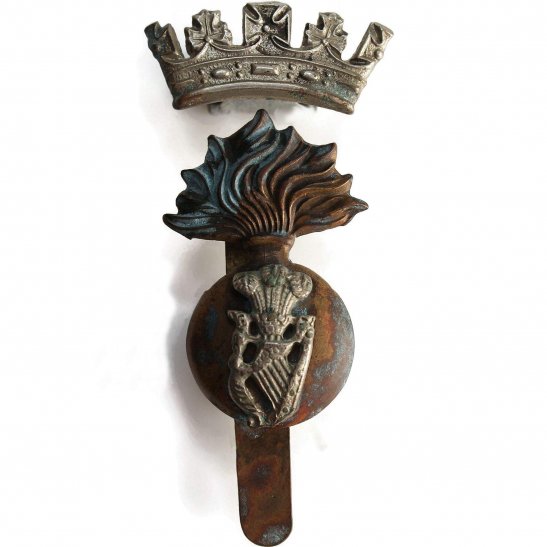 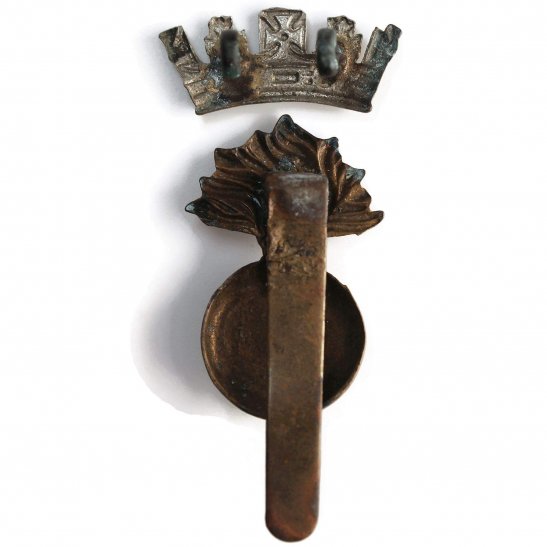 The Royal Irish Fusiliers was an Irish infantry regiment of the British Army, formed by the amalgamation of the 87th (Prince of Wales's Irish) Regiment of Foot and the 89th (The Princess Victoria's) Regiment of Foot in 1881. The regiment's first title in 1881 was Princess Victoria's (Royal Irish Fusiliers), changed in 1920 to The Royal Irish Fusiliers (Princess Victoria's). Between the time of its formation and Irish independence, it was one of eight Irish regiments. In 1968 the regiment was amalgamated with the Royal Inniskilling Fusiliers and the Royal Ulster Rifles to become the Royal Irish Rangers. Militarily, the whole of Ireland was administered as a separate command within the United Kingdom with Command Headquarters at Parkgate (Phoenix Park) Dublin, directly under the War Office in London. In peace-time the Royal Irish Fusiliers had the counties of Armagh, Monaghan and Cavan as its recruiting area. The regimental garrison depot was located at Armagh town. The pre-1914 full dress of the regiment comprised a scarlet tunic with dark blue facings, worn with dark blue trousers and the standard fusilier raccoon-skin cap. Regimental distinctions included a green plume worn on the left side of the headdress and an Irish harp as part of the badge.

Battalions of the regiment served with the 10th Irish Division and 36th (Ulster) Division during World War I. The 1st Battalion fought at Le Cateau, the Marne, the Somme, Arras, Cambrai and Ypres, losing 1,058 dead throughout the War. The 2nd Battalion served on the Western Front, Macedonia and Palestine. In addition to the two regular battalions, a further six were raised during 1914-18. The regiment as a whole won 44 battle honours in the course of the War, suffering 3,181 dead and more than 15,000 wounded. The Royal Irish Fusiliers fought against the Irish rebels, who were fighting to end British rule in Ireland and to establish the Irish Republic during the Easter Rising. Two of the Royal Irish Fusiliers were killed and six more wounded.