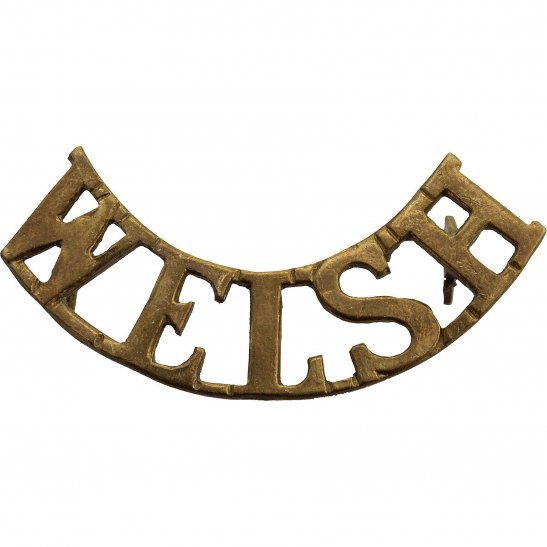 The Welch Regiment (or "The Welch", an archaic spelling of "Welsh") was an infantry regiment of the British Army from 1881 to 1969. Until 1920 it was called the Welsh Regiment. On the 14 September 1914 at Chezy sur Aisne Lance Corporal William Charles Fuller won the Regiment's first Victoria Cross of the war when, under withering and sustained rifle and machine gun fire, he advanced one hundred yards to rescue Captain Mark Haggard who was mortally wounded; Captain Haggard's dying words of encouragement to his men 'STICK IT THE WELSH' are immortalized above the clock over the door of the main Barrack block at Maindy Barracks, Cardiff. Captain Edgar Kinghorn Myles and Private Hubert William Lewis each won Victoria Crosses in 1916 at the Siege of Kut, and Evzonoi, Macedonia respectively. Of the thirty four Battalions of The Welsh Regiment, nineteen served actively overseas at a cost of nearly 8000 officers and men killed or died of wounds or illness. So wide-flung was the extent of the First World War that it was finally decided that each Regiment should be awarded 10 Principal Battle Honours to be borne on the Colours and that, in addition, further Honours to which it was entitled would be shown on the Army List.