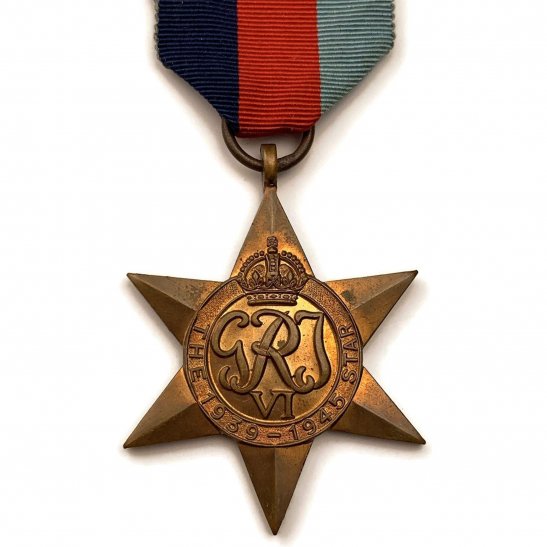 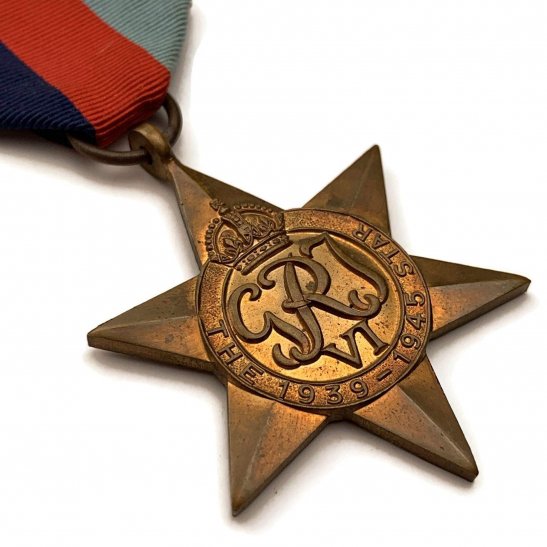 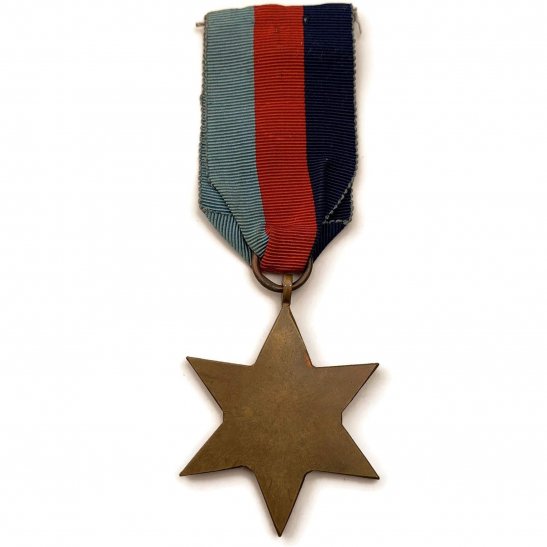 The 1939-45 Star was a campaign medal of the British Commonwealth, awarded for service in the Second World War. The medal was awarded for operational service between 3 September 1939 and 2 September 1945. Naval personnel qualified if they completed six months service, and at least one voyage was made through an operational area. Royal Observer Corps personnel for service of 1,080 days. There were a number of "Qualifying Special Areas" where operational service for "one day or part thereof" qualified for the special award of the 1939-45 Star. These were actions for which a more specific campaign medal was not issued. Examples are: France or Belgium: 10 May to 19 June 1940, St.Nazaire 22-28 March 1942, Dieppe: 19 August 1942, Iraq: 10 April to 25 May 1941 and Burma (Enemy Invasion): 22 February 1942 to 15 May 1942. The star was immediately awarded if the service period was terminated by death, disability or wounding. The award of a gallantry medal or a Mention in Despatches also led to an immediate award.