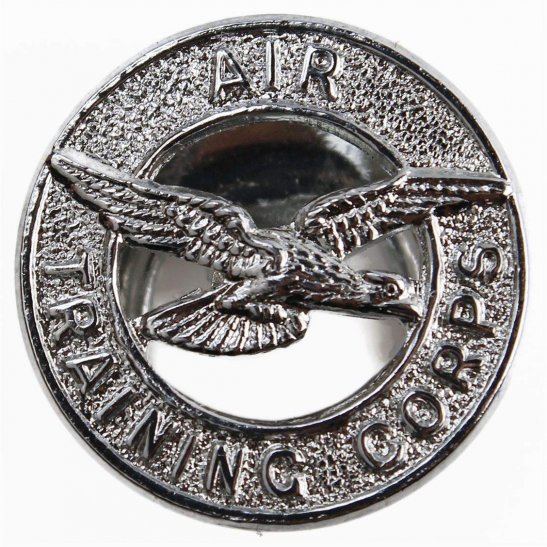 On 5 February 1941 the Air Training Corps (ATC) was officially established, with King George VI agreeing to be the Air Commodore-in-Chief, and issuing a Royal Warrant setting out the Corps' aims. Within the first month of its existence, the size of the old ADCC, now the ATC, virtually doubled to more than 400 squadrons and continued to grow thereafter. A new badge was designed for the ATC and, once approved by the King, was distributed in August 1941. The motto ' Venture Adventure ', devised by Air Commodore Chamier, was adopted by the ATC and incorporated into the badge. The new ATC squadrons adopted training programmes to prepare young men for entry to the Royal Air Force. Squadrons arranged visits to RAF and Fleet Air Arm stations as part of the cadets' training, where a flight might be a possibility. Such opportunities were not widely available, however, and many cadets were disappointed. One solution was to introduce opportunities for gliding, as a way to allow a cadet to get the feel of an aircraft in flight and to handle an aircraft's controls whilst airborn. After the end of the Second World War, gliding lessons became available. Prior to the 1980s, females were unable to join the ATC, although they were able to join an attached unit of the Girls Venture Corps (GVC) which had been formed in the early years of the Second World War, if one was available at that location. As of 2013, the GVCAC still exists, although in greatly reduced numbers due to competition from the ATC, and the two organisations no longer share a site. Before May 2008, cadets would spend a lot of time in the classroom before obtaining First Class classification, studying the following subjects: The Air Training Corps, The Royal Air Force, History of Flight, Initial Expedition Training, Basic Communications and Airmanship I. After a number of lectures and when the cadet felt ready, they would take a multiple choice examination, either on paper or on a computer. Some wings ran courses that would involve the cadet spending a few solid days learning and then awarded the appropriate classification if successful in their exams. In May 2008, HQAC decided to change the training programme for junior and second class cadets, sensing that new recruits were being deterred by exams.