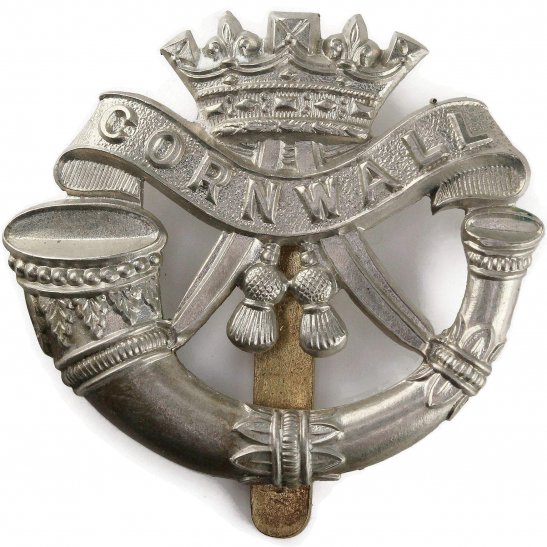 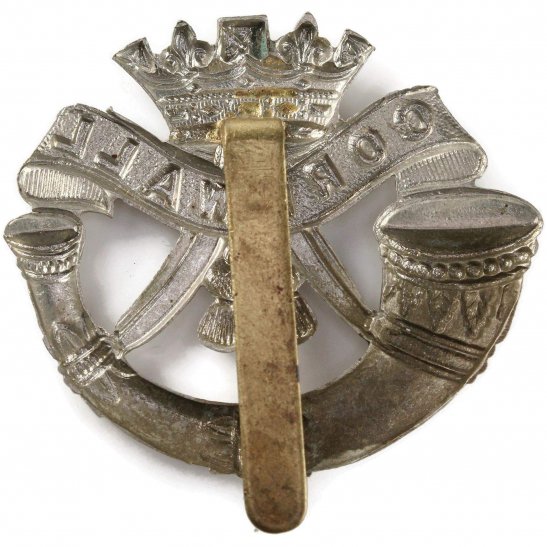 The Duke of Cornwall's Light Infantry (DCLI) was an infantry regiment of the British Army from 1881 to 1959. Its lineage is continued today by The Rifles. The regiment was created on 1 July 1881 as part of the Childers Reforms, by the merger of the 32nd (Cornwall Light Infantry) Regiment of Foot and the 46th (South Devonshire) Regiment of Foot. The DCLI also incorporated the militia and rifle volunteers of Cornwall. In 1959 the regiment merged with the Somerset Light Infantry to form the Somerset and Cornwall Light Infantry. Under the Childers system, one regular battalion of each regiment was to be at a "home" station, while the other was abroad. Every few years, there was to be an exchange of battalions. In October 1899 war broke out between the United Kingdom and the Boer Republics. The 2nd Battalion arrived in South Africa in the following month, where it took part in minor actions on the western border of the Cape Colony. In February 1900 it became part of the 19th Brigade. It saw action against the Boers at Paardeberg, and in March 1900 entered Bloemfontein. It continued to take part in a series of skirmishes until the end of the war. The 1st Battalion took no part on the war, moving from India to Ceylon in December 1900 where its soldiers guarded South African prisoners of war. In 1908 reserve forces were reorganised by the Territorial and Reserve Forces Act 1907 (the Haldane Reforms). The militia was renamed the "Special Reserve", with the duty of providing trained recruits in time of war.

The volunteer battalions became part of the new Territorial Force, which was organised into 14 infantry divisions which were called upon to serve abroad. On 1 April 1908 the three reserve battalions were accordingly redesignated as the 3rd (Special Reserve), 4th (Territorial Force) and 5th (Territorial Force) Battalions, DCLI. The First World War saw a large expansion of the regiment. This was done in two ways: by the formation of duplicate units to the existing territorial battalions, and by the raising of wartime "New Army" or Service battalions. During WW2 the regiment was increased to seven battalions. In 1944 Hill 112 in Normandy acquired the name "Cornwall Hill" after Cornish soldiers of 5th Duke of Cornwall's Light Infantry suffered 320 casualties in the fighting there.