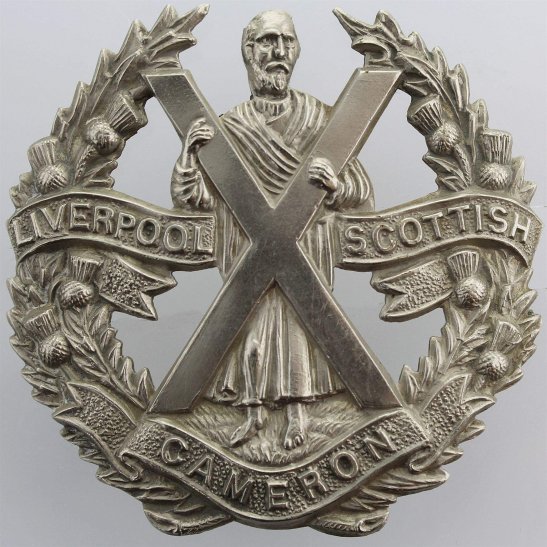 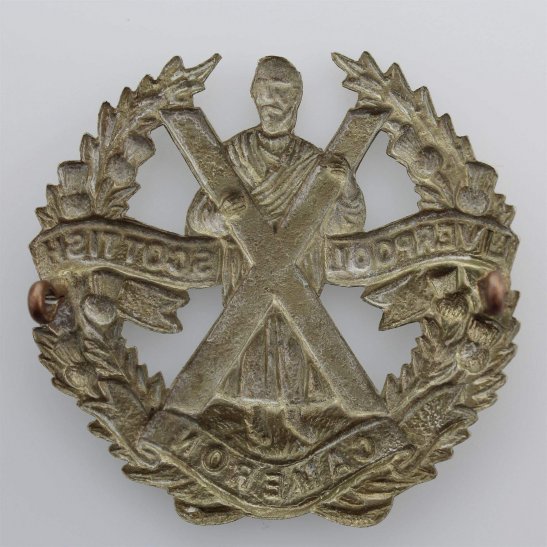 The Liverpool Scottish, known diminutively as "the Scottish", is a unit of the British Territorial Army, raised in 1900 as an infantry battalion of the King's (Liverpool Regiment). When war was declared in August 1914, the Liverpool Scottish mobilised and moved to Scotland under the command of Lieutenant-Colonel William Nicholl. Duplicate battalions were formed in Liverpool from personnel unable to volunteer for overseas service. The second-line battalion, designated as the 2/10th to distinguish it from the original, was organised in October, the third-line in May 1915. They became responsible for the training of recruits and provision of drafts for overseas service. The 2/10th, raised and organised by Captain (later Lieutenant-Colonel) Adam Fairrie, was committed to the Western Front in 1917. The third-line remained in Britain for the duration of the war. Considered by contemporaries to be socially lite and reasonably well-trained compared to other territorial units, the 1/10 volunteered for overseas service and became the seventh territorial battalion to be dispatched to the Western Front. The battalion took passage aboard the SS Maidan at Southampton on 1 November 1914, completing its disembarkation at Le Havre on the morning of the third with the Queen's Westminster Rifles.

The battalion's original strength - those who qualified for the 1914 Star - became known as the "Maidaners" in reference to the vessel. Following reconstitution into the Territorial Army in 1920, the Liverpool Scottish formalised its relationship with the Queen's Own Cameron Highlanders and transferred in 1937 to become the regiment's second territorial battalion. In comparison to the densely urbanised region that the King's Regiment encompassed in north-west England, the Cameron Highlanders area of recruitment in the Highlands was sparsely populated. Although it had its numerical designation omitted, the battalion's identity was preserved and headquarters at Fraser Street, Liverpool were retained. During a royal visit to Liverpool in 1938, George VI presented the battalion with new colours at Everton Football Club's Goodison Park stadium. After the Territorial Army began to expand following a Government announcement in March 1939, the Liverpool Scottish formed a second battalion. Mobilisation was later authorised, but both battalions would remain in Britain for the duration of the Second World War. The 2nd Battalion converted to artillery in 1942 as the 89th Anti-Tank Regiment, Royal Artillery. In addition, the Liverpool Scottish supplied drafts to other units, principally to the Cameron Highlanders, and formed contingents for the embryonic "Independent Companies" that became the Army "Commandos".