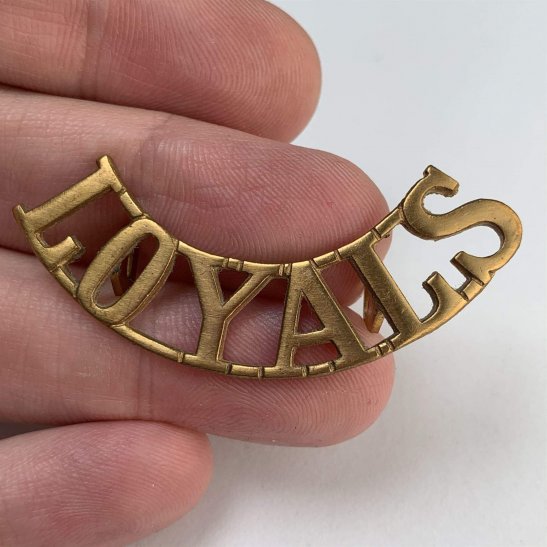 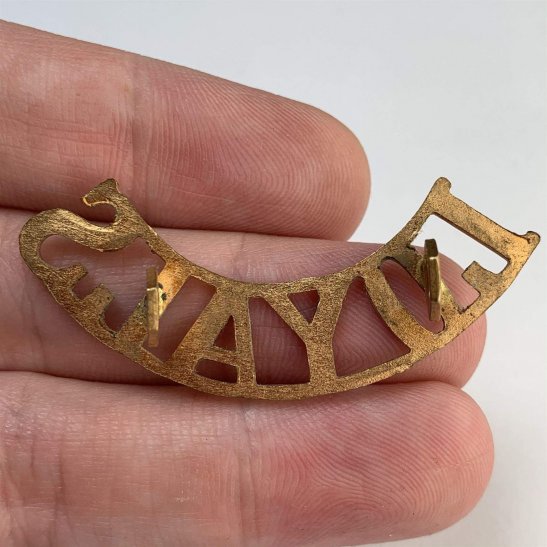 The Loyal Regiment (North Lancashire) (until 1921 known as The Loyal North Lancashire Regiment) was an infantry regiment of the line in the British Army from 1881 to 1970. During the First World War, the 6th Battalion of the Loyal Regiment was raised in August 1914, as part of the "Kitchener Army"'s first wave (sometimes referred to as K1). It was moved to Tildworth and then to Blackdown in February 1915. Eventually it sailed as part of the 38th Brigade of the 13th (Western) Division to join the Mediterranean Expeditionary Force. As part of the 13th (Western) Division, the battalion served in the Gallipoli Campaign. The division landed at Anzac Cove on 4 August 1915. After participating in the battles at Anzac Cove and Suvla Bay, the 6th Battalion along with the rest of the division were withdrawn from Suvla and moved to the Helles landing beaches. The division was finally withdrawn from Gallipoli and sent to Egypt to refit in January 1916. In February 1916, the division was ordered to move to join the Tigris Corps in its operations to relieve the Anglo-Indian garrison besieged at Kut. As part of the Tigris Corps, the battalion attempted to lift the siege of Kut. Initially deployed along the left bank of the Tigris River, the North Lancs participated in the Battles of Fallahiya, on 6 April 1916, and Sanniyat, on 9 April 1916. The 6th North Lancs managed to break into the Turkish positions at the Sanniyat, but because follow-on forces were unable to link up with them, they along with the rest of the 38th Brigade were eventually driven back. At the outbreak of the Second World War, the 1st Loyals were part of the 2nd Infantry Brigade, attached to the 1st Infantry Division.

The 1st Loyals would remain with the 2nd Brigade throughout the war, participating in the fighting in France in 1940, including acting as part of the rearguard for the Dunkirk evacuation. Eventually, the 1st Loyals would see action in Tunisia in 1943, and Italy. Upon the commencement of hostilities in 1939, the 2nd Loyals found themselves stationed in the Far East as part of Singapore Fortress's Malaya Brigade. After the Japanese attack on Pearl Harbor, the 2nd Loyals fought in Malaya as part of the delaying action during the Battle of Malaya. Eventually, the 2nd Loyals surrendered along with the rest of the Singapore garrison on 15 February 1942. The survivors spent the rest of the war as POWs Japan. Following the destruction of the 2nd Loyals with its surrender at Singapore, the battalion was reformed in Britain. The 10th Loyals were re-designated as 2nd Loyals on 28 May 1942. Eventually the battalion was deployed as part of 20th Indian Infantry Brigade of the 10th Indian Infantry Division in Italy during the closing phases of the Italian campaign.