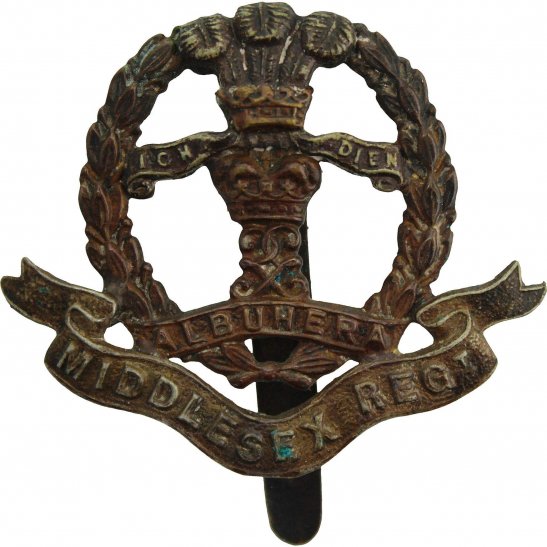 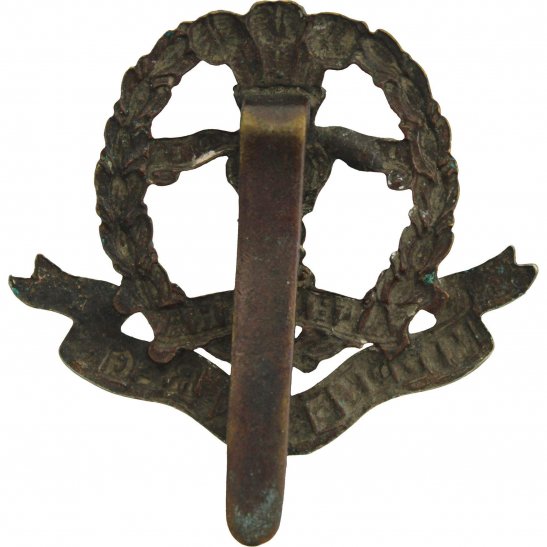 The Middlesex Regiment (Duke of Cambridge's Own) was a regiment of the British Army. It was formed in 1881 as part of the Childers Reforms when the 57th (West Middlesex) and 77th (East Middlesex) Regiments of Foot were amalgamated with the county's militia and rifle volunteer units. On 31 December 1966 The Middlesex Regiment was amalgamated with three other regiments to form The Queen's Regiment. The latter regiment was itself subject to a merger in 1992 to form part of the Princess of Wales's Royal Regiment. The Middlesex was one of the principal home counties based regiments with a long tradition. They inherited their nickname, the "Die-hards", from the 57th Regiment of Foot (West Middlesex), which later became the 1st Battalion of the Middlesex Regiment. The 57th gained the name during the Peninsular War when, at the Battle of Albuera on 16 May 1811 their commander Colonel Inglis had his horse shot from under him, severely wounded and outnumbered by the French he called to his men "Die hard, 57th. Die hard!" "Albuhera" was the principal battle honour on the Middlesex Regiment's colours.

At the start of the First World War there were a number of First Line Battalions of the Middlesex Regiment and these were sent off to their war stations including the four territorial battalions: the 1/7th, 1/8th, 1/9th and 1/10th. However there was a surplus of volunteers who had sought to enlist; these men had joined the Territorial Battalions, and although the War Office wanted them to transfer to the Regular Army or the New (Kitchener's Army), the majority elected to remain with the Territorial Battalions which had enlisted them. General Kitchener was not in favour of the Territorials although he and other critics were silenced after the Territorials fought so well with the BEF after Mons. It became obvious that the First Line battalions that had gone overseas would need reinforcements almost at once and the War Office gave permission to raise Second Line Territorial Battalions and in this way the 2/7th, 2/8th, 2/9th and 2/10th were formed. The 2/7th & 2/8th served with the Western Frontier Force. In due course the 4/8th Battalion was raised in June 1915. Additional war-formed "service" battalions were the 11th to 34th and 51st to 53rd. In October 1966 the regiment paid a then record sum of £900 for the Victoria Cross awarded to Private Robert Edward Ryder for bravery during the Battle of the Somme.

In the early 1920s the 3rd and 4th battalions were disbanded, leaving two regular battalions. The 7th and 8th territorial battalions continued in existence, while the 9th was converted to a searchlight regiment of the Royal Artillery and the 10th became a unit of the Royal Signals. In 1916, the Post Office Rifles, Princess Louise's Kensington Regiment and 19th London Regiment (St Pancras) had been attached to the Middlesex Regiment from the territorial London Regiment, but retained their original titles and distinctions. In 1935 the Post Office Rifles and 19th Londons became searchlight regiments, and in 1937 The Kensingtons formally became a territorial battalion of the Middlesex Regiment. In 1938 the two territorial battalions formed duplicates, thus forming the 1/7th, 2/7th, 1/8th and 2/8th battalions. In 1943, the 1/8th officially became the 8th Battalion as part of the 43rd (Wessex Division) during the Normandy Campaign.