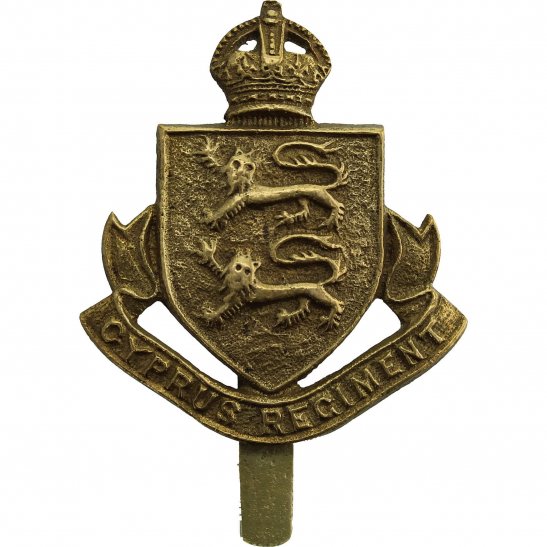 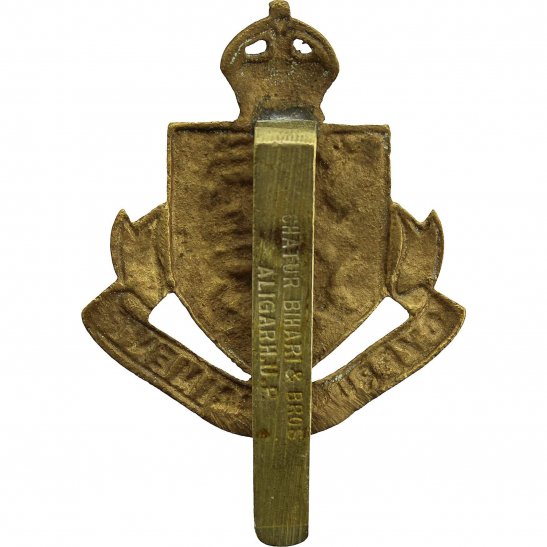 The Cyprus Regiment was created by the British Government during the Second World War, and made part of the British Army structure. It was mostly made up of volunteers from the Greek Cypriot and Turkish Cypriot inhabitants of Cyprus, but also included other Commonwealth nationalities. The badge of the Cyprus Regiment was a shield charged with two lions passant guardant in pale and ensigned with the Imperial Crown and below the shield was a scroll bearing the title of the regiment. The Cyprus Regiment was founded on 12 April 1940. It included Infantry, Mechanical, Transport, and Pack Transport Companies. Cypriot mule drivers were the first colonial troops sent to the Western Front. They served in France, Ethiopia and Italy carrying equipment to areas inaccessible to vehicles. On a brief visit to Cyprus in 1943, Winston Churchill praised the "soldiers of the Cyprus Regiment who have served honourably on many fields from Libya to Dunkirk." About 30,000 Cypriots served in the Cyprus Regiment. The regiment was involved in action from the very start and served in the Battle of France, in the Greek Campaign (Battle of Greece) (about 600 soldiers were captured in Kalamata in 1941), North Africa (Operation Compass), France, the Middle East and Italy. Many soldiers were taken prisoner especially at the beginning of the war and were interned in various POW camps, including Stalag VIII-B Lamsdorf, Stalag IV-C at Wistritz near Teplitz (now in the Czech Republic), and Stalag IV-B near Dresden. The soldiers captured in Kalamata were transported by train to prisoner of war camps. In the post-war years the regiment served in Cyprus and the Middle East, including Palestine during the 1945-1948 period. The regiment was disbanded on 31 March 1950.