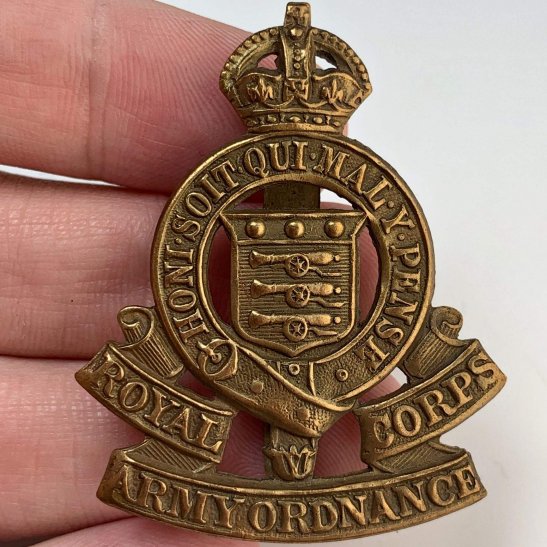 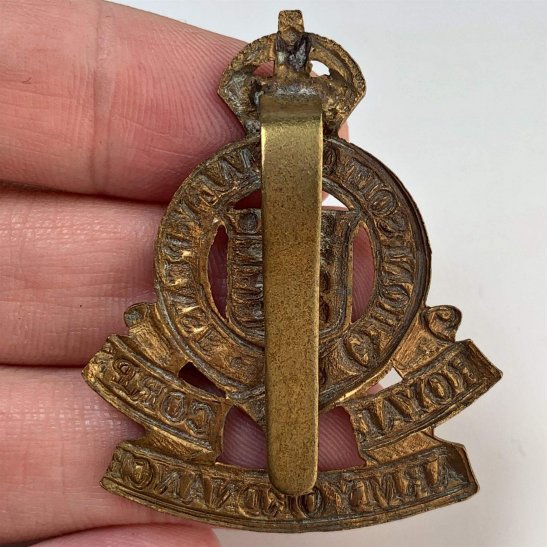 The Royal Army Ordnance Corps (RAOC) was a corps of the British Army. At its formation in 1918 it was both a supply and repair corps. In the supply area it had responsibility for weapons, armoured vehicles and other military equipment, ammunition and clothing and certain minor functions such as laundry, mobile baths and photography. The RAOC was also responsible for a major element of the repair of Army equipment. In 1942 the latter function was transferred to the Royal Electrical and Mechanical Engineers and the vehicle storage and spares responsibilities of the Royal Army Service Corps were in turn passed over to the RAOC. The RAOC retained repair responsibilities for ammunition, clothing and certain ranges of general stores.

In 1964 the McLeod Reorganisation of Army Logistics resulted in the RAOC absorbing petroleum, rations and accommodation stores functions from the Royal Army Service Corps as well as the Army Fire Service, barrack services, sponsorship of NAAFI (EFI) and the management of staff clerks from the same Corps. On 5 April 1993, the RAOC was one of the corps that amalgamated to form The Royal Logistic Corps (RLC). As with the rest of the British Army the AOD/AOC was transformed by the First World War. Both the sheer scale of the war and the increasing technical complexity created an organisational structure that, in its outlines, survives until today. The depots at Woolwich, Weedon and Pimlico were supplemented by the wholesale takeover of warehouses throughout the country and in early 1915 a depot was established at Didcot to be the major focus for the receipt and distribution of RAOC stores. Ammunition storage was also expanded dramatically and the former peacetime magazines at places such as Portsmouth and Plymouth were supplementd by purpose built depots at Bramley, Altrincham, Credenhill and Didcot. On the Western Front a highly successful logistic infrastructure, largely rail based, was created to support the front.

Parallel systems, but of less complexity, supported operations in Italy. Other expeditions such as Gallipoli/Salonika, Palestine and Mesopotamia brought supply challenges and a large logistic bases were established on the Egyptian Canal Zone and Basra. After the war there was considerable retrenchment, but in the 1930s re-armament and the mechanisation of the Army led to a redesign of the UK base. A Central Ordnance Depot (COD) and workshop to support vehicles, built on the site of the First World War National Shell Filling Factory, Chilwell, opened in 1937. The operation of this depot was notable in that it mirrored and tried to improve on best civilian practice at the time. This became a hallmark of RAOC development in the following decades. A further COD at Donnington to hold non-vehicle technical stores opened in 1940. This removed from Woolwich to a less vulnerable site in Shropshire a range of critical items.