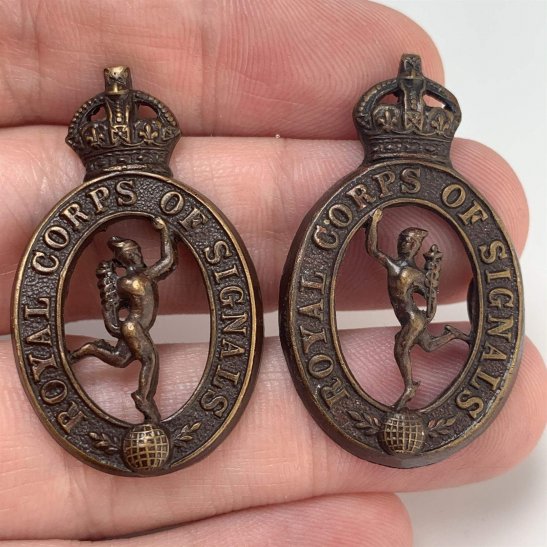 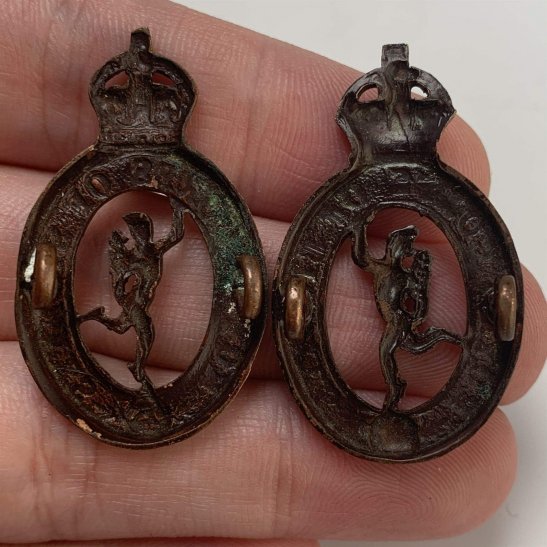 The Royal Corps of Signals (often simply known as the Royal Signals - abbreviated to R SIGNALS) is one of the combat support arms of the British Army. Signals units are among the first into action, providing the battlefield communications and information systems essential to all operations. Royal Signals units provide the full telecommunications infrastructure for the Army wherever they operate in the world. In 1870, 'C' Telegraph Troop, Royal Engineers, was founded under Captain Montague Lambert. The Troop was the first formal professional body of signallers in the British Army and its duty was to provide communications for a field army by means of visual signalling, mounted orderlies and telegraph. By 1871, 'C' Troop had expanded in size from 2 officers and 133 other ranks to 5 officers and 245 other ranks. In 1879, 'C' Troop first saw action during the Anglo-Zulu War. On 1 May 1884, 'C' Troop was amalgamated with the 22nd and 34th Companies, Royal Engineers, to form the Telegraph Battalion Royal Engineers; 'C' Troop formed the 1st Division (Field Force, based at Aldershot) while the two Royal Engineers companies formed the 2nd Division (Postal and Telegraph, based in London). Signalling was the responsibility of the Telegraph Battalion until 1908, when the Royal Engineers Signal Service was formed. As such it provided communications during World War I. It was about this time that motorcycle despatch riders and wireless sets were introduced into service.

A Royal Warrant for the creation of a Corps of Signals was signed by the Secretary of State for War, Winston Churchill, on 28 June 1920. Six weeks later, King George V conferred the title Royal Corps of Signals. It was given precedence immediately after the Corps of Royal Engineers. Before the Second World War, Royal Signals recruits were required to be at least 5 feet 2 inches tall. They initially enlisted for eight years with the colours and a further four years with the reserve. They trained at the Signal Training Centre at Catterick Camp. All personnel were taught to ride. Throughout World War II, members of the Corps served in every theatre of war. By the end of the war the strength of the Corps was 8,518 officers and 142,472 men. In one famous episode, Corporal Thomas Waters of 5th Parachute Brigade Signal Section was awarded the Military Medal for laying and maintaining the field telephone line under heavy enemy fire across the Caen Canal Bridge during the Allied invasion of Normandy. In the immediate post-war period, the Corps played a full and active part in numerous campaigns, including Palestine, Indonesia-Malaysia confrontation, Malaya and the Korean War. Until the end of the Cold War, the main body of the Corps was deployed with the British Army of the Rhine confronting the former Communist Bloc forces, providing the British Forces' contribution to NATO with its communications infrastructure. Soldiers from the Royal Signals delivered communications in the Falklands War, the first Gulf War, Bosnia, Kosovo, Sierra Leone, East Timor and the second Gulf War. They are currently deployed in Cyprus (TA) and Afghanistan.