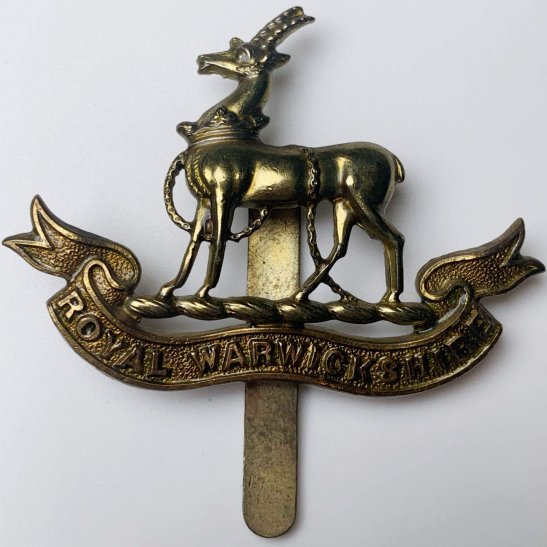 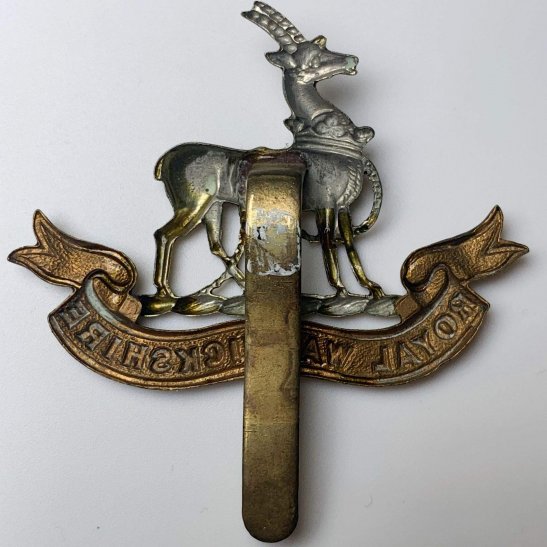 During the First World War The Royal Warwickshire Regiment raised 30 battalions. Three of these, 14th, 15th and 16th (Service) Battalions, were raised in September 1914 from men volunteering in Birmingham. These units were additionally entitled 1st, 2nd and 3rd City of Birmingham Battalions, and were known as The Birmingham Pals. The Regiment gained 80 Battle Honours. During 1914 battalions were present at Le Cateau, the Retreat from Mons, Nery, the Marne, the Aisne, Armentieres, Ypres, Langemarck, Gheluvelt and Neuve Chapelle. The following year opened with 2nd Ypres followed by St Julien, Frezenberg, Aubers, Festubert, Bellwarde and Loos. During 1916 battalions were at Mount Sorrel, the Somme, Albert Canal, Bazentin, Delville Wood and a number of other engagements including Thiepval. The big battles of 1917 saw battalions in action at Arras, Vimy, 3rd Ypres, Menin Road, Passchendaele and Cambrai. The Somme, Amas, Lys and the Hindenburg Line were among numerous actions which involved the 6th in 1918. In addition to the Western Front, battalions of the 6th also saw action in Italy 1917-1918, at Gallipoli 1915-1916, Mesopotamia 1916-1917 and Persia 1916-1919, where they formed part of the Dunsterforce and participated in the Battle of Baku. The Royal Warwickshire Regiment won six Victoria Crosses during the First World War. After service 1937-1940 on the North West Frontier of India, the 6th were with the British Expeditionary Force in Belgium and France 1939-1940, fighting at the defence of the Escaut, Wormhoudt, where some suffered the Wormhoudt massacre, and on the Ypres-Comines Canal. After Dunkirk, men of the 6th landed on D Day on 6 June 1944 with the first assault on the Normandy beaches and fought from Caen and the break out from Normandy to the Rhine crossing. They took part in the capture of Bremen, the last major action of the European war. During 1942-1945 battalions of the 6th fought in Burma and took part in the capture of Rangoon.