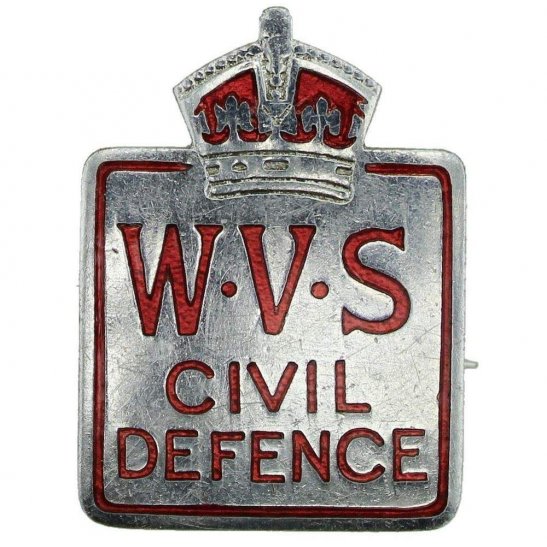 On 16 May 1938, the British government set out the objectives of the Women's Voluntary Service for Civil Defence: It was seen "as the enrolment of women for Air Raid Precaution Services of Local Authorities, to help to bring home to every household what air attack may mean, and to make known to every household [in the country] what it can do to protect itself and the community." In the words of the then Home Secretary, Sir Samuel Hoare, "as regards their civil defence functions, the Minister regards the Women's Voluntary Service as occupying ... much the same relationship as that of the women's auxiliary services for the armed forces of the Crown." The WVS was a voluntary organization, so no one held a specific rank at a local level. If someone existed as a group leader for a certain task one week, she could simply be part of a team with another group leader the next week but for a different task. As a voluntary body the WVS did not have a compulsory uniform. It did have a uniform--designed by Norman Hartnell - The Queen's couturier-but it was not free. Many WVS members went about their work simply wearing a WVS badge on their lapels. The work of the WVS covered a very broad spectrum. Lady Reading had a simple philosophy for the WVS--if the job needed doing, it was done. As an example, the WVS organized first aid courses in the cities that were thought to be likely targets for the Luftwaffe. However, while the WVS organized such courses, they did not provide the training as this had to be done by qualified staff. By the time of the Blitz, women in the WVS were adept at providing food and drink around the clock. While ARP wardens and firemen fought the fires, women in the WVS set up mobile canteens to keep them refreshed, thus placing themselves in serious physical danger with collapsing buildings a constant threat. When the raids ended, the WVS also played a part in looking after those who were injured and had lost their homes. Records indicate that the WVS dealt with and helped over 10,000 people every night of the Blitz.