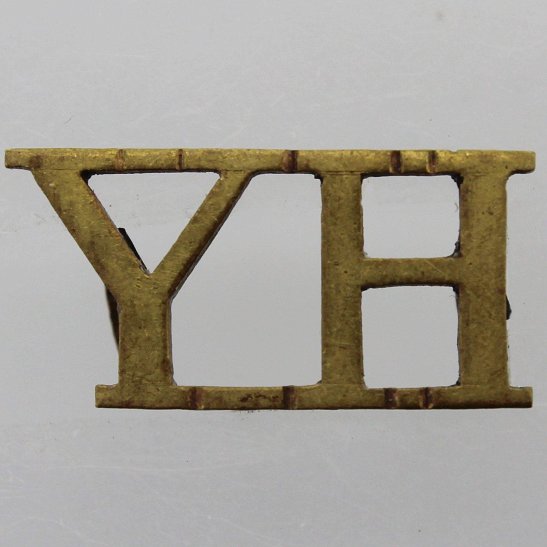 The Regiment was reorganised and reroled in August 1917. After six weeks infantry training at Etaples, the bulk of the Yorkshire Hussars were drafted to the 9th Battalion West Yorkshire Regiment. The Battalion was titled the "9th (Yorkshire Hussars) Battalion West Yorkshire Regiment" and wore The Yorkshire Hussars cap-badge and West York collar-badges. The Battalion saw much hard fighting taking part in the Battle of Passchendaele. In the Second World War, the Regiment was a part of the 6th Cavalry Brigade, 1st Cavalry Division, which later became the 10th Armoured Division. This meant that the Regiment had to convert to armour and started tank training with Stuart tanks as part of the 9th Armoured Brigade. In March 1942, the Regiment became the Armoured Striking Force in Cyprus with Cruiser and Valentine tanks, and from there to Egypt in January 1943, taking over Sherman and Crusader tanks, before returning to England at the end of the year. In 1944, the regiment converted to become an Infantry Division Recce Regiment and was initially attached to 50th (Northumbrian) Infantry Division, then transferred to the 61st (South Midland) Infantry Division. The Regiment missed out on the D-Day landings. From April to August, the Regiment split up into Squadrons to take over and run "D" Day Embarkation Camps. In August, the Regiment reunited and the drafting of all tank-trained personnel began in earnest; the Regiment becoming a 'Recce Holding Unit' for refresher training and drafting of returned wounded Recce personnel. In June 1945, the Regiment reorganised as a Light Armoured Regiment, equipped with Churchills. It was placed in 'suspended animation' in March 1946.