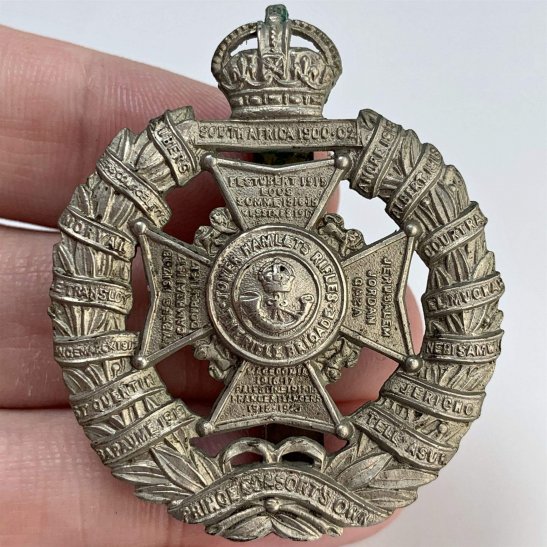 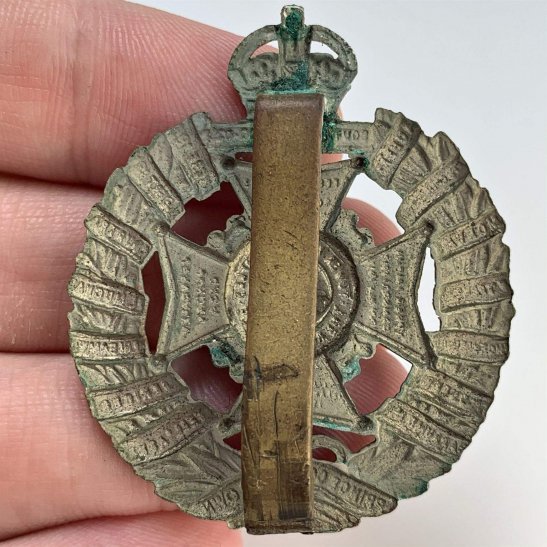 The Post Office Rifles was a unit of the British Army, first formed in 1868 from volunteers as part of the Volunteer Force. The unit evolved several times until 1921, after which the name was lost during one of many reorganisations. More changes were introduced upon the creation of the Territorial and Reserve Forces Act 1907. This Act brought the part-time Volunteer Force infantry artillery and engineer units and Yeomanry (mounted) regiments from across the country together into a single Territorial Force in 1908. As a result of this, the 24th Middlesex became the 8th Battalion, London Regiment (Post Office Rifles). The Post Office Rifles served with distinction in the Great War. They arrived in France on 18 March 1915. By the end of the war, 1,800 men from the Post Office Rifles would be dead and 4,500 more would be wounded. After the outbreak of the war, the existing units of the Territorial Force each formed duplicate (or "second line") units.

The existing Post Office Rifles was redesignated as the 1/8th Battalion, London Regiment when a second Post Office Rifles battalion, the 2/8th Londons, was formed in September 1914. In 1915 a third line battalion, the 3/8th was formed. Between them, the three battalions earned 19 battle honours. At the Battle of Wurst Farm Ridge, in September 1917, the 2/8th lost over half its fighting strength, dead or wounded, but its men were awarded a total of 40 gallantry medals. These included a Victoria Cross won by Sergeant A. J. Knight, making him the only Post Office Rifleman to win this honour. Further reorganisations took place after World War I. Many saw these changes as a dilution of the battalion's Post Office identity. Included in these reorganisations was the amalgamation of the 8th Battalion with the non-Post Office 7th (City of London) Battalion London Regiment in 1921, forming the 7th London Regiment (Post Office Rifles). In 1935, it was converted from infantry to the searchlight role as the 32nd (7th City of London) Anti-aircraft Battalion, RE, and the 'Post Office Rifles' name was finally dropped.